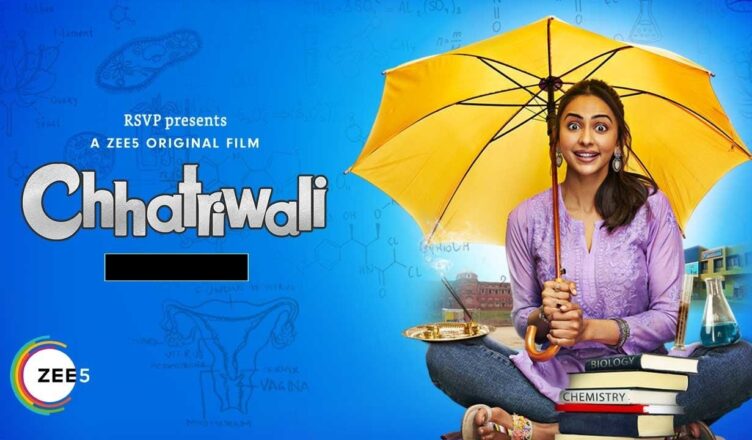 Chhatriwali, which was released today on Zee5, is initially similar to the Nushrratt Bharuccha-starrer Janhit Mein Jaari. Thankfully, the second half of Chhatriwali is different. Moreover, the first half has a few interesting sequences that keep the viewers hooked. The second half is far more impactful and the makers make an important comment. Also, viewers will root for the protagonist and that’s a good sign for any film. The film, however, could have been funnier. Also, logic takes a backseat in some scenes. The songs are also forgettable. Speaking of performances, Rakul Preet Singh delivers one of her best performances. She has never looked so cute, at least in a Hindi film. Sumeet Vyas, as always, gives a fair performance. Rajesh Tailang is memorable and the scene where he quickly and embarrassingly completes the sex education chapter is very realistic. Satish Kaushik is likeable while Prachee Shah Paandya leaves a mark. Her track adds a lot to the film. Rakesh Bedi is funny. Kajol Chugh, Riva Arora and others are fine. All in all, Chhatriwali is worth a watch.