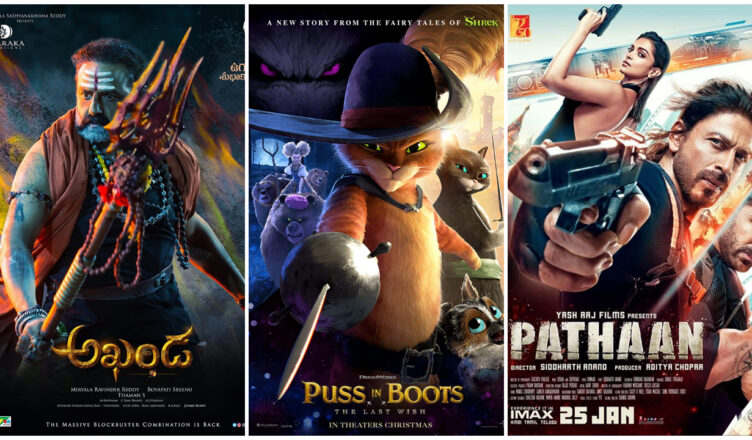 Not much was expected from Kuttey, the first major Bollywood release of 2023. Yet, its dismal opening and lack of jump in collections did give a shock. The word of mouth was extremely mixed and moreover, it looked like a niche product. As a result, it’ll collect only around Rs. 3-3.25 crores in Week 1. Though the coming weekend is open, it’ll not be advantageous for the film.

The South films – Varisu and Thunivu – meanwhile did very well though due to the clash, the collections got affected for both. Varisu also saw a release in Hindi and the collections were underwhelming but it’s better than that of Kuttey. It is set to collect Rs. 6 crores in Week 1 and its lifetime collections will be around Rs. 10 crores.

Tomorrow, two major films will be released. One is Akhanda’s Hindi version. The original Telugu version was released on December 2, 2021, and emerged as a smashing hit as its word of mouth was supremely positive. However, just like most South dubbed films, it is releasing with very minimal awareness. The hope is that it’ll grow with positive word of mouth and even sustain the Pathaan wave. The first day collections should be around Rs. 50-75 lakhs and might cross the Rs. 1 crore mark. If Hindi audiences also love the film, the film can see a huge jump on Saturday.

The other release is the Hollywood animated film, Puss In Boots: The Last Wish. Due to limited films in cinemas, it has got a very wide release. The collections can be strong in certain cities during the weekend.

Meanwhile, the collections on Friday, January 20, are expected to be encouraging as all theatres are celebrating Cinema Lovers Day. As part of the celebrations, prices of all shows would be just Rs. 99. The IMAX tickets are priced in the range of Rs. 199 and Rs. 299. Films like Avatar: The Way Of Water and the Marathi film Ved, starring Riteish Deshmukh, have got maximum bookings followed by Puss In Boots: The Last Wish and the Marathi film Vaalvi.

Lastly, the advance booking of Pathaan has taken a flying start. It has already sold 1 lakh tickets for the opening day. If all goes well, the Shah Rukh Khan-starrer will emerge as one of the biggest openers of all time. We’ll discuss this aspect in detail in the next edition of Bollywood Talk.