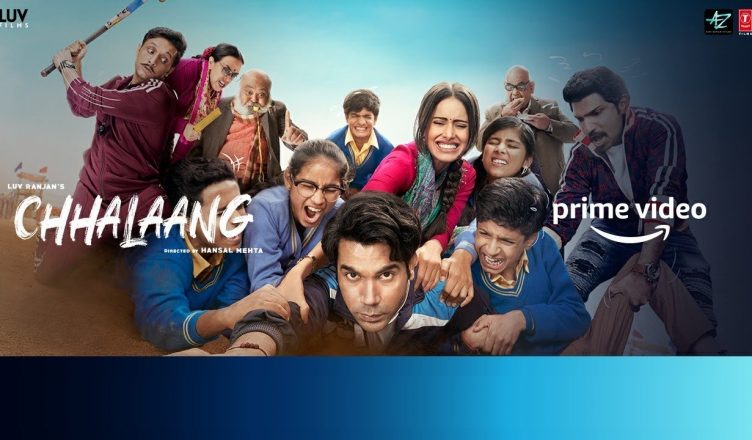 Chhalaang is a timepass light-hearted entertainer from director Hansal Mehta, a rare such film from his side. The opening credits are amazing and that itself sets the mood. The first half is sans complaints and has some very interesting comic and dramatic sequences. The interval point is massy. Post-interval, the makers try their best to keep the proceedings engaging. Sadly, it becomes predictable. And the biggest problem with the film is that it looks very similar to Chhichhore. Speaking of performances, Rajkummar Rao is as usual terrific and nails the part. Nushrratt Bharuccha delivers a great performance and it’s so good to see that she had a crucial part in the second half as well. Mohammed Zeeshan Ayyub is first-rate and his looks and persona suits the role to the T. Saurabh Shukla is adorable and would surely be loved. Satish Kaushik is dependable, as always, in his supporting part. Same goes for Ila Arun. Jatin Sarna (Dimpy) is too good and one wishes he had a longer role. Naman Jain (Bablu) and Garima Kaur (Pinky) stand out among the actors playing the students. All in all, Chhalaang is a one-time watch. It’s a clean movie and hence can be an ideal family entertainer this Diwali!