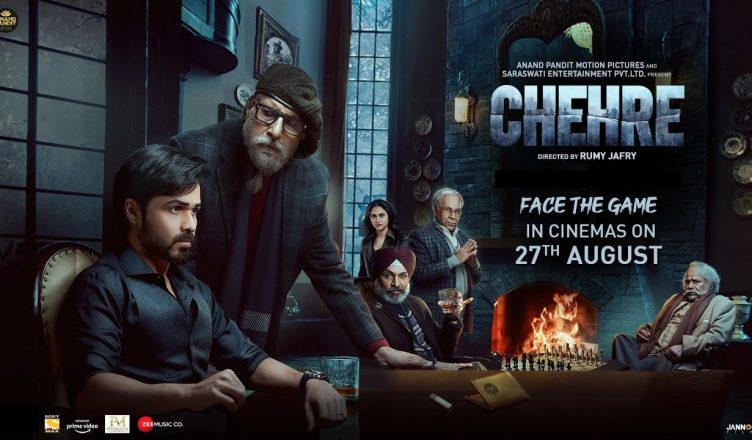 Chehre is an interesting thriller that rests on an unconventional plot. The opening song is bizarre but thankfully, the film is engaging from the very start. The characters are introduced very neatly and how the young chap gets conned into playing a dangerous ‘mock trial’ game with the veterans is very convincing. The intermission point is too good and the second half starts off well. But later, it becomes lengthy and also predictable. The 13-minute long monologue of Amitabh Bachchan in the climax is never-ending and goes off track, thus testing the patience of the viewer. It should have been shorter and more powerful like ‘No Means No’ ideally. Speaking of performances, Amitabh Bachchan, as always, is terrific. He has worked hard on the character and it shows. Emraan Hashmi is the scene-stealer. He has given several memorable performances but this is one of his best. In fact, he is the best performer in Chehre! He also looks quite dashing. Annu Kapoor is dependable and brings his touch to the part of the defence counsel. Dhritiman Chatterjee and Raghubir Yadav have minimal dialogues but leave a mark. Krystle Dsouza puts up a confident act. Rhea Chakraborty initially appears a bit caricature but later she proves her worth. Siddhanth Kapoor is fine in a small role. Samir Soni looks dull. All in all, Chehre, despite the minuses, is a good one-time watch, and definitely has the big screen appeal.