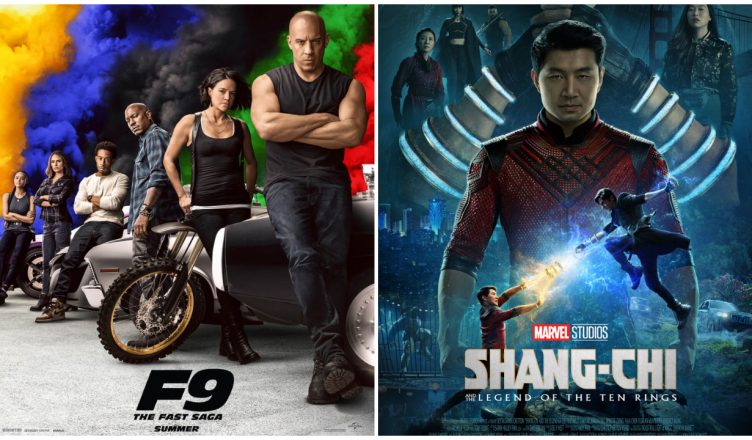 MAHARASHTRA FAILS TO OPEN; 2 HOLLYWOOD FILMS TO TRY THEIR LUCK THIS WEEK!

The crucial state of Maharashtra contributes around 30% of the business. Until the time it doesn’t open, the business is going to be affected. Yet, plenty of Hollywood films were released in cinemas from July 30. Even 2 major Hindi films, Bellbottom and Chehre, also made it to cinemas. The release of these 2 movies, however, was planned with the idea that Maharashtra would open by August 15. When it didn’t, it was too late to pull back and the films did release. As expected, both films didn’t do that well. Till Monday, August 30, Bellbottom had collected Rs. 24 crores while Chehre had earned Rs 2.25 crores.

With cinemas not opening on August 15, everyone hoped that they’ll be allowed to reopen from September 1 for sure. But shockingly, that hasn’t happened either. The industry too is silent for some strange reason. The trade is moving on and now looking forward to the release of 2 big Hollywood films this week. The first one is Fast & Furious 9. It is a part of a popular franchise that has a fan following even among those who watch films in dubbed languages. It was released in the USA and most markets on June 25. That couldn’t happen here as the theatres were shut almost everywhere in India. The initial release date was August 5. It was then pushed to August 19. Sadly, Bellbottom also got scheduled to release on the same day. There would have been a problem of getting sufficient screens. Hence, Universal Pictures shifted the date to September 3. Last weekend, they announced that they’ll arrive a day earlier, that is, September 2.

The earlier Fast & Furious films have done phenomenal business in India and have even opened well. But Fast & Furious 9 might not be huge as it’s a delayed release. Moreover, ever since it was released on digital on July 30 in many markets, high-quality pirated prints have flooded the internet. Hence, many have already seen it. But a section of trade feels that a film like Fast & Furious 9 is made for the big screen. Hence, viewers would throng to watch it. The opening would be in the range of Rs. 1-2 crores. It also has an outside chance of crossing Bellbottom’s day 1 collection of Rs. 2.75 crores since it releases in multiple languages.

The other release of the week is Shang-Chi And The Legend Of The Ten Rings. It belongs to the Marvel Cinematic Universe and releases in India on September 3, on the same day as the USA and many other territories. Also, unlike the recent Disney and Marvel films, Shang-Chi And The Legend Of The Ten Rings won’t arrive simultaneously on Disney+. As a result, there won’t be a fear of piracy. Audiences would have no choice but to go to cinemas to enjoy the film in all its glory. The worldwide box office would be huge but in India, there’s very little awareness. The dubbed audience crowd are not aware that this film belongs to the same universe as that of Iron Man, Spider-Man etc. Hence, they might skip. However, there are reports that it has gotten a great advance in many centres. Hence, it can spring a surprise.