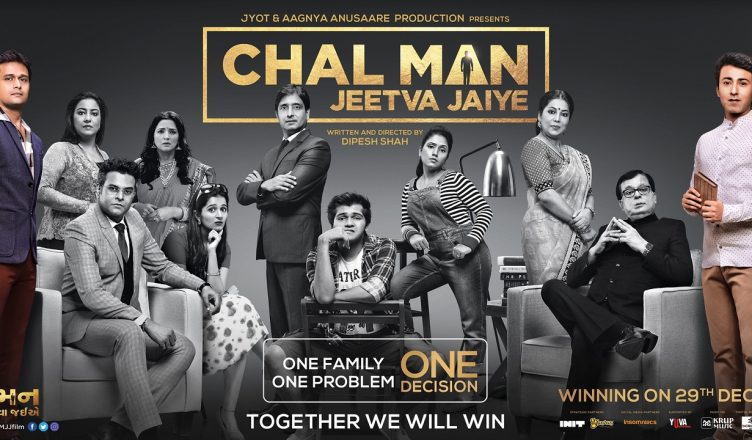 Chal Man Jeetva Jaiye is the most successful film running in cinemas in Mumbai and in many other cities too. This Gujarati film released on December 29 and the word of mouth has been so terrific that with each passing week, its shows have kept increasing. And thankfully, it’s worth the hype and popularity. It is set in one house in a day and comprises of a varied characters with varied points of views on morals, ethics and values. The storytelling is simple, massy and dramatic and that has really been a huge factor why the audiences are coming in hordes to see the flick. One might argue that it looks like a daily soap. Also, the transition, split screen style etc looks dated. The filler footage used is shot in low-quality cameras (possibly done guerrilla style) and that shows and takes away bit of an impact. The performances are a bit over the top as well, especially of the extras. But the content is super strong and the direction and performances keep viewers engaged from start to finish. The opening titles are also brilliant. Krishna Bharadwaj’s name appears last in the opening credits but he’s the star of the film. He’s known for playing Tenali Rama on television and delivers a smashing performance. Hemen Chauhan comes next and gives a confident performance, which deserves whistles and claps. Dharmendra Gohil looks highly convincing as a rich, experienced businessman. Rajiv Mehta goes a bit over the top but it actually works in the finale. Harsh Khurana (Niranjan) is endearing, Anupama S. Masand (Guni bhabhi) shines in the finale. Ketkie Jayashree Parekh (Ananya) plays a great character very well. Sheetal Pandya (Pallavi) provides laughter at places but also touches hearts of the viewers in the finale. This is a must watch family entertainer, especially those who love old-school, dramatic family dramas!