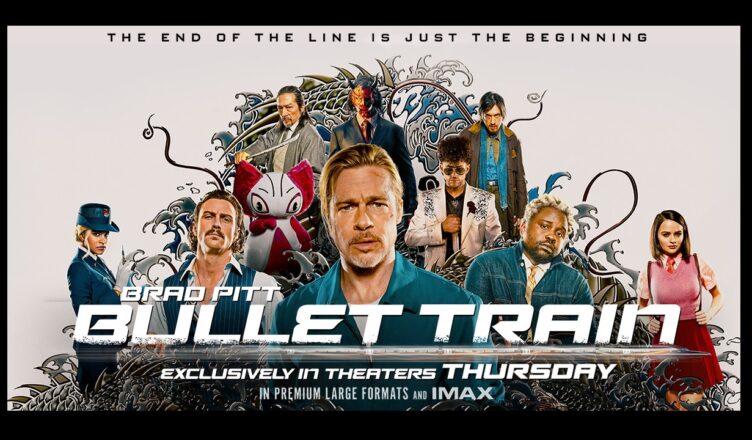 Bullet Train makes for a crazy, fun watch. It is a story of a bunch of twisted and quirky characters who happen to be on a Japanese bullet train at the same time, to fulfill their criminal agendas. There are several characters in the film and the way each one of them is connected to the other is fabulous. The back-stories are executed creatively and the Tarantino touch adds to the impact. However, what works the maximum is the humour quotient. There are tons of funny moments, a few of which will bring the house down. On the flipside, the film moves at a supersonic speed, just like a bullet train, in a few places. There were moments when viewers might get a bit confused about certain plot points or the motive of certain characters since there’s so much happening, that too at every second. Speaking of performances, Brad Pitt, who was last seen in a full-fledged role 3 years ago, is in terrific form. His comic timing is flawless. Joey King plays the badass role with élan. Brian Tyree Henry (Lemon) and Aaron Taylor-Johnson (Tangerine) are great and add to the madness. Andrew Koji and Hiroyuki Sanada are decent while Michael Shannon leaves a huge mark in a cameo. The same goes for Benito A. Martínez Ocasio and Zazie Beetz. Sandra Bullock, Channing Tatum and Ryan Reynolds enhance the star value and humour in the film. All in all, Bullet Train, so far, is the best theatrical film of 2022!