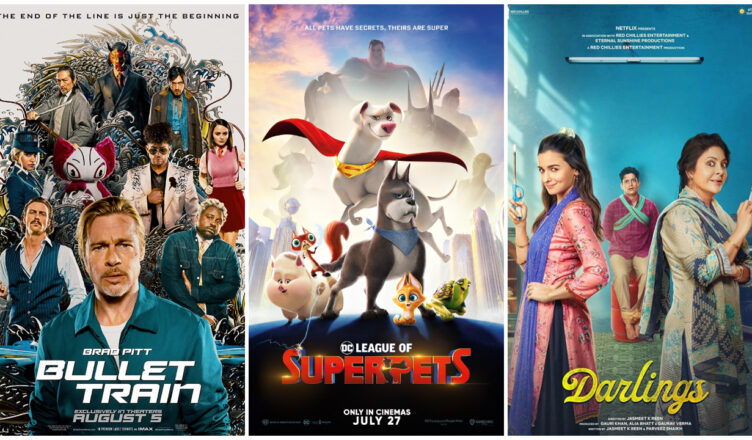 Two big films, Laal Singh Chaddha and Raksha Bandhan, are slated to release in cinemas next week, on Thursday, August 11. As a result, no significant film will hit screens tomorrow, on Friday, August 5. Last week’s Ek Villain Returns gave hope to the industry as it put up decent collections, despite mixed word of mouth. It’ll be the dominant Bollywood release of the week.

Meanwhile, two Hollywood films are releasing this week and might record some footfalls. Bullet Train, starring Brad Pitt, Joey King and others releases today. It is an action comedy set on a Japanese high-speed train. The trailer has been noticed. The title of the film is very simple and hence, can appeal to the dubbed audience. The reports are positive though releasing it on a Thursday is not a wise decision. Tom Cruise-starrer Top Gun: Maverick was similarly released on a non-Holiday Thursday and its collections were poor. It’s only later that it picked up. Bullet Train will also face the same fate today. However, it can continue to get shows in certain multiplexes for the next 4-5 weeks at least, provided the public gives it thumbs up.

The other release of the week is DC League Of Super-Pets. It is an animated film about Superman and his pet dog, who also has superpowers. The film was released in North America last week. In India, it had paid previews on the same weekend. This is the first time when the paid previews were held one week before, while usually previews are played a day before the release, that too post 4:00 pm. Warner Bros tried this practice as DC League Of Super-Pets is a film for the kids, who’ll usually be free with their families on Saturday and Sunday. Though very limited shows were held of the film last weekend, the response was good. Even today, the previews will take place while it’ll have a full-day release from tomorrow.

At the Indian box office, DC League Of Super-Pets might not be able to do much as animation films have few takers on the whole. Even Minions: The Rise Of Gru was able to collect just around Rs. 12 crores. Moreover, the box office performance of the film in North America was $23 million, which was below expectations. Nevertheless, due to the superhero element and cuteness, DC League of Super-Pets will find some audience in multiplexes in India for the next few weekends for sure.

Lastly, Alia Bhatt-starrer Darlings will arrive directly on Netflix tomorrow. It is the first production of the actress, with Shah Rukh Khan’s Red Chillies Entertainment being a co-producer. Shefali Shah, Vijay Varma and Roshan Mathew also star in this movie. The trailer is quirky and it seems like a fun-filled entertainer. Alia is a star, especially after Gangubai Kathaiwadi, and hence, the film is sure to become one of the most viewed films of the year online.