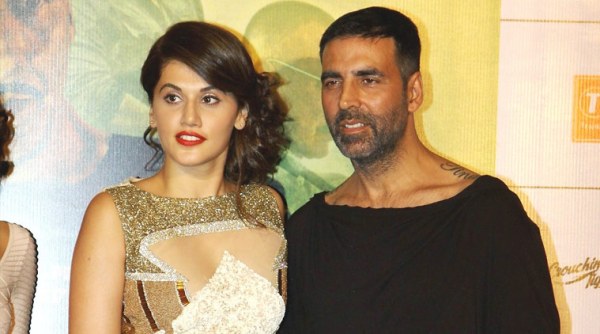 For Akshay Kumar fans, this is surely bad news. The superstar was loved in last year’s hit Baby, in which he played a suave special agent. The sequel was soon announced but if we believe reports that are going around, then Akshay won’t be a part of the sequel. Instead, Taapsee Pannu, who rocked in the first part in the action scene in the hotel room, will be the leading actor.

Taapsee had a supporting role in the film and stood out in the said sequence. Baby 2 will show her back story and how she became a special agent. The sequel will focus on her secret mission and will have a powerful action role for her.

Interestingly and reportedly, Akshay is not upset about this development. In fact, he’s kicked about the idea since he wanted to produce a female-oriented action film for a long time. Also, he’s all for women safety and has always insisted that women should train themselves in martial arts. Hence, Baby 2 has his blessings. Whether or not it is directed by Neeraj Pandey remains to be seen however.

But all is not lost for Akshay Kumar lovers. As per the same reports, Akshay will appear in the sequel but in a special appearance.