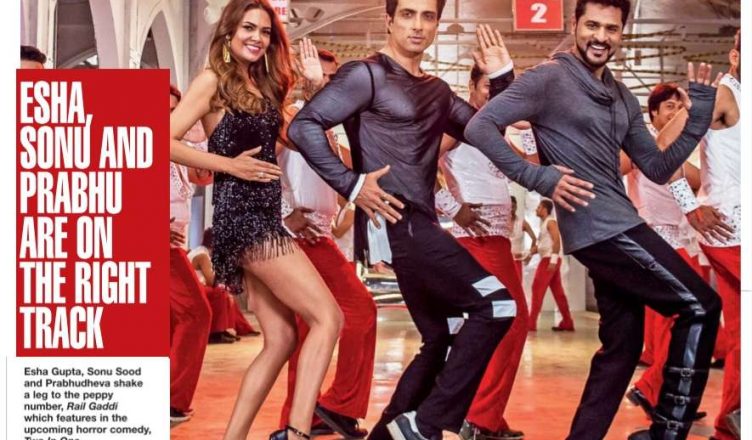 Sonu Sood’s debut production 2 In 1 is slowly and gradually catching people’s attention. Earlier, the first look featuring Tamannaah Bhatia and Prabhu Dheva sitting on Sonu was released and loved. And now the makers reveal that the film will also feature Esha in a song called Rail Gaadi. Esha will dance with Sonu Sood and Prabhu Dheva in this song dance number. The first look of the song is out and looks really cool. Check it out!