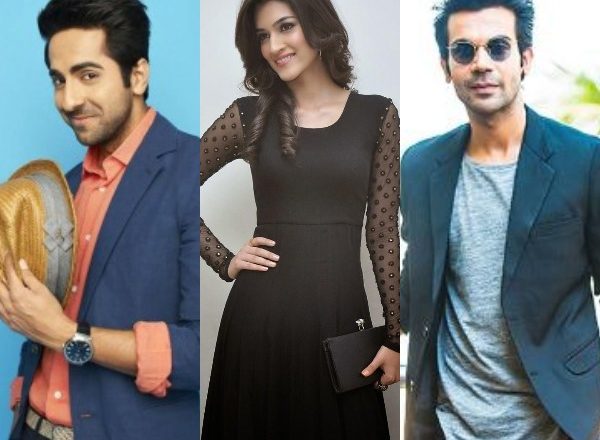 Ashwiny Iyer Tiwari who amazed audiences with Nil Battey Sannata has no plans to slow down. She is busy directing Manmarziyan (starring Ayushmann Khurrana, Bhumi Pednekar and Vicky Kaushal). And after that, she’ll get into another love triangle that looks immensely interesting. It’s called Bareily Ki Barfi and will star Ayushmann Khurrana, Kriti Sanon and Rajkummar Rao.  The film is co-produced by Priti Shahani of Junglee Pictures who confirms that it’s a ‘unique romcom’ based in Uttar Pradesh. Workshops will be conducted with actors in September and shooting commences in first week of October.

She further shares that in Bareily Ki Barfi, Ayushmann plays a printing press owner while Rajkummar essays an author. Kriti meanwhile will play the role of a progressive, UP girl. Explaining the relevance of the title, Kapil Chopra, another co-producer, opens up that Kriti’s family in the film owns a sweet shop and hence the title. However, it won’t be wrong to say that the makers are also trying to hint that it’s Kriti who’s Bareily Ki Barfi in the film.

Nevertheless, the film looks immensely interesting and our good wishes to the entire team!