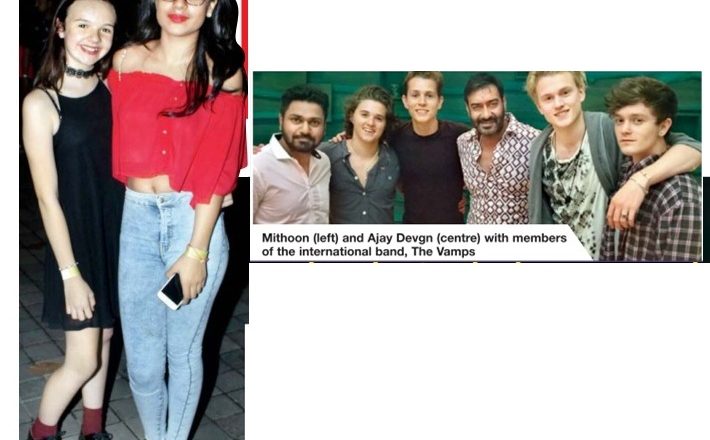 Ajay Devgn’s daughter Nysa and Abigail Eames, who plays his daughter in his upcoming film Shivaay, are good friends. Both of them attended the concert of the popular international band The Vamps on Thursday August 25. Onlookers reported that both girls went crazy as they screamed, hooted, even burst into tears and asked for more.

Both also posed for the shutterbugs and looked lovely together. Nysa especially seemed quite stunning in her clothes and the spectacles and red lipstick really complimented her clothes well. It remains to be seen if she also goes down the road of her parents (Ajay is married to Kajol) and turns into a heroine in near future.

Ajay meanwhile posted a picture with The Vamps band members and the caption read: ‘Guess where this association is headed?’ Obviously, a section of media began speculating whether there’s a professional association between the 2. Watch this space to know more!

<Picture Courtesy: The Times Of India>