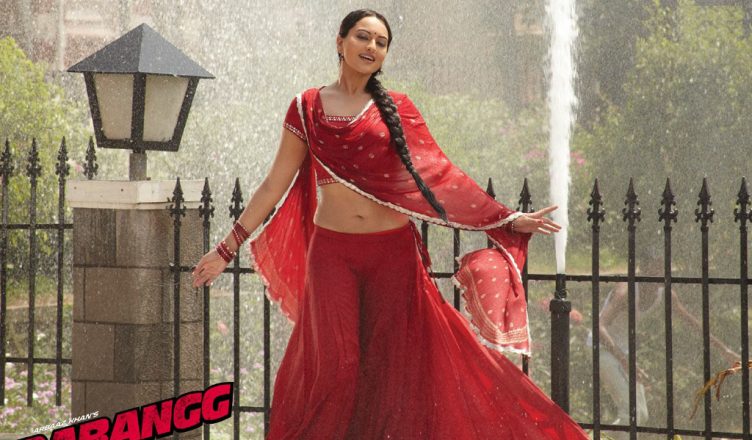 There are reports that Sonakshi Sinha is out of Dabangg 3 despite being an integral part of the first 2 parts. According to these reports, producer-director Arbaaz Khan and lead actor Salman Khan are miffed with Sonakshi for refusing their production Dolly Ki Doli. The brothers felt that since they launched Sonakshi and made her such a big actress, she had no right to refuse their project and should have signed without hesitation.

Sonakshi however denies these reports. She said she’s not sure if her character Rajjo is retained in the film but if it’s there, then nobody but her will play the role. God forbid if her role gets removed, she admits that she would have no qualms in doing a cameo appearance in the film since she admits that she’ll be loyal to Dabangg series. “I am what I am because of Dabangg,” she concludes.