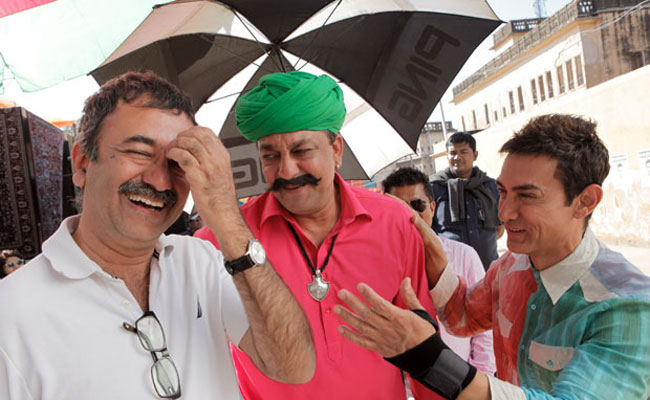 Rajkumar Hirani’s last film PK is Hindi cinema’s biggest grosser. It was loved for its message, script and performances but it got its share of criticisms for ‘mocking’ Hindi gods. The scene where PK chases Lord Shiva in crowded Delhi streets was not found funny by a section of audiences – it was in fact found to be offensive. While Rajkumar and even leading actor Aamir Khan explained their stand and justified it pretty well, a section of adamant audiences did not buy it.

And it’s due to this reason that Rajkumar is cautious while making a sequel to PK. He wants to be very careful while working on its sequel. He is looking for an idea to take the story forward and to see how he can use the alien. But he’s very much open to the idea of 3 Idiots part 2. In fact, he has a great idea for its sequel which he wrote along with his writer Abhijat Joshi. In excitement, he bounced off the idea to Aamir who seemed pretty excited as well.

Sadly, 3 Idiots 2 will take a while. Before that, Rajkumar is working on Sanjay Dutt biopic featuring Ranbir Kapoor. Once he’s done, he will start work on Munnabhai 3. Knowing how he invests a few years in each of his project, it seems like 3 Idiots 2 won’t begin before 2019 or 2020 at least!