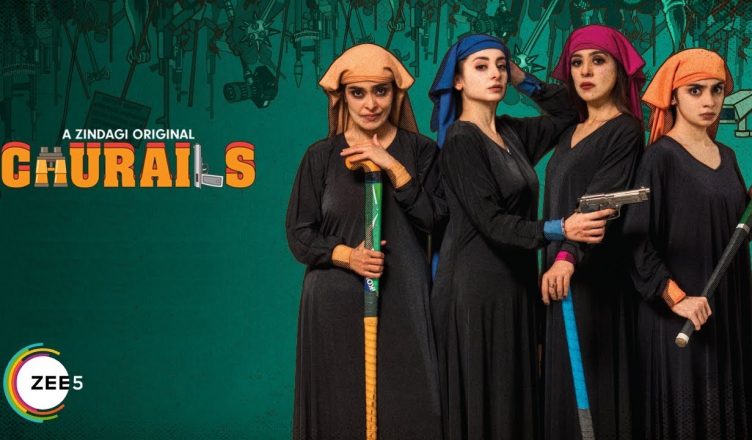 It was on July 23 last month that I read a report in Mid-Day which caught my attention. It mentioned that Zee5 is all set to release as many as 29 Pakistani shows on its OTT platform! It also led to the relaunch of the Zindagi channel for the Indian viewers.

This development was something that obviously shocked me. After all, the Bollywood film industry was forced to shun all its association with Pakistani actors after the Uri attack of September 2016. The episode happened 40 days before the release of Karan Johar’s film Ae Dil Hai Mushkil was to release. As luck would have it, it starred Pakistani actor Fawad Khan in a supporting role. Post the attack, a section of politicians demanded that Bollywood should boycott Pakistani artistes. Raj Thackeray-led Maharashtra Navnirman Sena (MNS) threatened Karan that they won’t let his film release unless he removes Fawad’s character from the film overnight. That, obviously, was not possible. Soon, more people joined in this ‘movement’. The ruling party at the Centre, BJP, did nothing to stop MNS from threatening Karan Johar, though KJo resides in a state which was also ruled by them (Maharashtra). The only thing they could do is ‘broker’ peace between the two parties so that Ae Dil Hai Mushkil could release without any problem. The film saw a peaceful light of the day but Karan was mercilessly trolled by self-declared nationalists for his ‘crime’.

The repercussion of this controversy was that Pakistani actors got banned from working in Bollywood. For some weird reason, Bollywood was still ‘allowed’ to have singers from the neighbouring country. Less than a year after the Uri attack, the whole nation got charmed by the recreated version of ‘Mere Rashke Qamar’ from Baadshaho, sung by Pakistani singer Rahat Fateh Ali Khan. A few months later, music lovers fell in love with ‘Dil Diya Gallan’ crooned beautifully by Atif Aslam, in Tiger Zinda Hai. It’s only after the unfortunate Pulwama attack of February 2019 that self-declared patriots realized that we need to ban singers as well for revenge. Since then, even the singers from across the border have stopped working in Bollywood.

Hence, the decision of Zee5 to launch Pakistani shows was astonishing. I read the article and was sure that soon, there would be a backlash. But nothing of that sort happened. Then on July 31, Zee5 dropped the trailer of its first Pakistani web series, called Churails. Directed by Cake director Asim Abbasi, it stars Sarwat Gillani, Mehar Bano, Nimra Bucha, and Yasra Rizvi. The show revolves around the four women who run a detective agency that exposes the cheating husbands in Karachi.

I saw the trailer and was impressed by its quirkiness and bold quotient. I was scared to scroll down and check the comments as I expected tons and tons of hate, which is the norm nowadays. Nowadays, people are already presumed to be very angry with Indian-based celebrities like Alia Bhatt, Varun Dhawan, Mahesh Bhatt and of course, Karan Johar. I can’t imagine the volley of abuses they must have spewed on the actors and team of Churails; after all, they belong to ‘enemy country’.

I gathered courage and finally began to see the comments. And I couldn’t believe my eyes. The discussions and posts made by people seemed very cordial and respectful! Was I dreaming? People can be seen appreciating Pakistani makers and writers for making such path-breaking stuff and criticized Bollywood for not learning from them! I kept scrolling and kept waiting for that one revolutionary person who would have written ‘PKMKB’ or ‘Boycott Churails’ type of comments. There was none.

I kept a tab on Twitter for a few days, next. I was sure #BoycottChurails, #UnsubscribeZee5 or #UninstallZee5 would soon start trending. That didn’t happen, either!

Of course, it didn’t take me much time to understand why the self-appointed deshbhakts have gone into hibernation this time. First, let us understand how these boycott protests actually work, especially in context of Bollywood and web series. There’s a group of influential people with millions of followers, all staunch supporters of right-wing ideology. They have their masters, usually connected with political parties, who instruct them to start these boycott campaigns. In most cases, a time is decided and the hashtag is given in advance in a Google document. Then, at the designated time, millions of followers start using the hashtag in question and hence it started trending. Now, the regular netizens notice the ‘trend’. They feel a spontaneous movement has begun against Bollywood or some actor from the film industry. These people don’t want to feel left out or sometimes they do have a soft hatred towards the industry. Hence, they too start using the hashtag and hence the ‘movement’ grows further.

The next step is to target more gullible people on WhatsApp. As is common knowledge, the messaging app is where most rumours and misinformation gets generated and spread. The same group of people who started the ‘movement’ will create several messages which are provocative and which showcase members of Bollywood fraternity as sell-outs and traitors. They’ll push you to forward the said message in ‘national interest’. There are sensible people who rubbish these forwards and even inform the sender about the lies in the message. But most of the times, people happily share. The ‘movement’ further grows! The ‘movement’ would not have begun had these professional and organized trolls not even started the ‘boycott’ mania in the first place. And most of these movements don’t really make a difference to the lives of the people. For instance, was your life seriously affected because of Pakistani artistes in Bollywood? But you were made to believe otherwise. In short, you became a puppet in the hands of these people and they shamelessly used you for your selfish agenda.

The question that has surely risen in your mind is – why isn’t the right-wing trolls boycotting Zee5 then? The answer can be found in the first 3 letters of the name of the OTT platform – Zee! Zee5 is a part of the sprawling Zee Group, founded and run by a man called Subhash Chandra. He’s known to be a staunch supporter of Prime Minister Narendra Modi and is even quite close to him. His biography was launched by the Prime Minister himself, that too from his residence, in a high-profile event. One of the channels of the Zee group is the Hindi news channel Zee News. It openly flaunts its love for the ruling government and has time and again spread lies to favour BJP and show its opponents in negative light. And believe it or not, Subhash Chandra had stopped airing Pakistani shows on Zindagi channel less than a week after the Uri attack, in national interest of course!

Hence, it’s no surprise that Churails, presented by Zee5, has been spared the abuses and boycott campaigns by the ruling party. After all, it’s the ruling party that controls most of these right-wing influencers. And since the party command didn’t instruct the influencers, these professional trolls chose to look the other way when Churails trailers was dropped and even the series got released, on August 11. In turn, you, too, are okay with the development!

I know many of you still can’t believe what I have written here and have loads of questions for me as a counter. Let me pick few ones:

“I was not aware that Churails has released on Zee5. Or else, I would have surely protested”

Yes, it’s a possibility that you didn’t realize that the said show has dropped online. But many did. As of August 15 2:15 PM IST, it’s trailer on YouTube has got nearly 42 lakh views. Moreover, it has not released on any unknown platform but on Zee5, which is one of the biggest streaming portals in India. On YouTube, it has 3.86 million subscribers. It has lakhs of followers on social media websites as well. Churails was well promoted across these websites. Lakhs of people knew about its existence, including the professional trolls and their political masters.

“There’s not much of anger against Pakistan anymore. With time, the anger has subsided”

If only that was true! In June this year, T-Series faced severe backlash (again it was generated) for uploading a song sung by Pakistani singer Atif Aslam. The ‘criticism’ was so immense that T-Series had to remove the track and even tender an apology. I refuse to believe that the ‘anger’ against Pakistan was present till June 2020 but vanished within a month’s time, when the trailer of Churails released. This also makes it clear that if Karan Johar or Bhushan Kumar (of T-Series) or Aditya Chopra had backed Chudails, it would have also become a target of the trolls.

Try as much as you want. Put up as many excuses as you can think of. But the fact remains – you have been played all along all this while by the politicians. They used you. You let them. You didn’t realize they are using you. Instead, you felt patriotic. You considered yourself a ‘warrior’ who fulfilled his duty towards the country by insulting Bollywood personalities. Today, when an Indian channel has released a Pakistani show, the same netas have changed the rules. That’s because the channel owner is their ally and hence, he is immune. And yet, you are silent. You don’t feel cheated or used. Or maybe you do but you won’t accept. Or else, you might argue, “But what can I do?” The saddest part is that if tomorrow, for some reason, a boycott campaign starts against Churails, you’ll happily join in and make it clear that you are at their service for their selfish needs at their beck and call!

Is that what you really are, dear countryman? We have the largest workforce and we are easily amongst the world’s most smartest, creative and hard-working people. The country’s situation is concerning and there’s so much we can all do together. But instead, the government diverts our attention using silly hashtags. It makes villain out of people who are merely doing their job and working day and night to entertain us. Are we still going to give in to their wishes? Or are we going to speak and reject such useless movements that do nothing to improve our lives?

I have often revisited Churails trailer just to see the comments and to see the sanity out there, which has been missing on the internet since a long time. It feels so good to read people’s thoughts at a place where the government hasn’t jumped in to divide-and-rule. But on second thoughts, that’s because the government has chosen to step away to support its founder. I am waiting for the day when the people of this country make it loud and clear that government’s interference and stupid strategies won’t work and they need to focus on the real issues at hand. That’ll be the day when art will totally flourish and where boycott and bans will be relics of the past. This Independence Day, let’s hope that day comes soon!

P.S.: This post is not against Churails or Zee5 and doesn’t support any boycott campaign against them at all. I appreciate Zee5 for taking this initiative. I haven’t seen Churails but I shall watch soon and also looking forward to their other shows. Shailja Kejriwal, chief creative officer — special projects, Zee Entertainment, has hinted that Fawad Khan and Mahira Khan might also be seen in one of their upcoming shows. Bring it on!