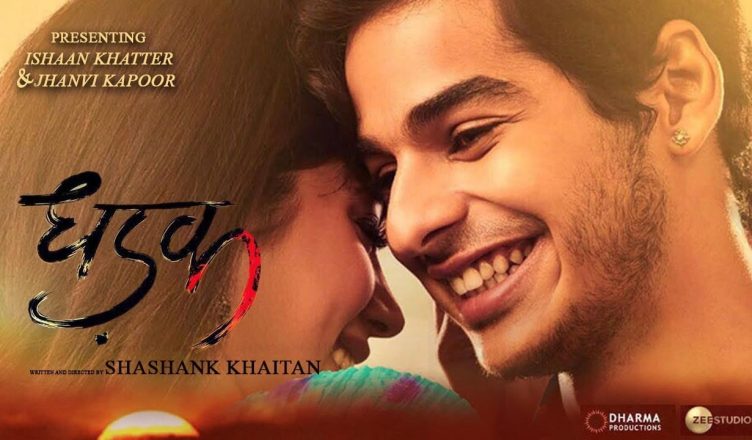 Sairat is the biggest blockbuster of Marathi cinema and also one of the most loved films of the regional industry. Released in April 2016, the film had made noise due to its impressive trailer, songs and debutant actors. But the film unleashed a wave of madness and craze like never before. It is the biggest Marathi grosser and it doesn’t look like any film in near future would be able to cross its earnings. Surprisingly, the non-Marathi audience also lapped up the film in a big way. The love and admiration for this film is unparalleled.

As a result, a section of audience was a bit apprehensive when reports emerged that Karan Johar is all set to remake Sairat in Hindi. The reports turned out to be true. The film was titled Dhadak and it became the launch vehicle of Sridevi’s daughter Janhvi Kapoor and Shahid Kapoor’s half-brother Ishaan Khatter (Ishaan appeared in Beyond The Clouds which released recently but the film was small, hardly noticed and hence, Dhadak would be his debut of sorts). Numerous posters were launched way back when the film went on floors and it looked quite nice. Still, the doubts remained.

However, most of the doubts were vanished as soon as the trailer was out. Both Janhvi Kapoor and Ishaan Khatter look great and their chemistry is electrifying. The look of the film is appealing and director Shashank Khaitan has kept the essence of Sairat intact. At the same time, he has added his own bits and the amalgamation of the two is just right. Some people were also worried whether Sairat’s popular song ‘Zingaat’ would have been recreated well in Dhadak. The song has got mixed response but more or less, it has added to the excitement for the film.

Moreover, the film has all the trappings of a commercial entertainer. It is very rooted and hence has a pan-India appeal. Moreover, the film talks about love, separation, class divide, elopement etc and all these factors will attract a large number of audiences. There’s a lot of curiosity about both Janhvi and Ishaan and this will also help the film at the box office. And of course, with Dharma at the helm of affairs, they have left no stone unturned in ensuring that the film makes a lot of noise everywhere pre-release. As a result, is it safe to assume that Dhadak would be able to cross the coveted Rs. 100 crore mark? The chances are very much there. Apart from the above mentioned factors, it releases solo on July 20. There’s not much of competition till August 10, when Kamal Haasan’s biggie Vishwaroop 2 releases. As a result, it can easily cross the said mark within the 3 week time frame.

If that happens, Dhadak would be the first film starring debutants to do so. In recent times, there have been around 5 significant films, all starring newcomers. Out of these, Student Of The Year has been the most successful. It was the launch vehicle of Varun Dhawan, Sidharth Malhotra and Alia Bhatt and had collected Rs. 62.94 crore. Coincidentally, this was also a Dharma venture and was directed by Karan Johar himself. Next on this list is Heropanti, starring Tiger Shroff and Kriti Sanon. The action entertainer performed impressively at the ticket window, grossing Rs. 50.51 crore. Then there was Shoojit Sircar’s Vicky Donor, which served as the debut film for Ayushmann Khurrana and Yami Gautam. It collected Rs. 41 crore. The other two flicks were Hero, starring Sooraj Pancholi and Athiya Shetty and Saawariya, starring Ranbir Kapoor and Sonam Kapoor, and both these films flopped.

So Dhadak’s target is to break Student Of The Year’s record of Rs. 62.94 crore which should be a cakewalk considering the hype and entertaining content. And then the Rs. 100 crore mark should also be crossed, if all goes well. And if that happens, just like how Sairat made a record of sorts at the box office, Dhadak shall also follow suit!