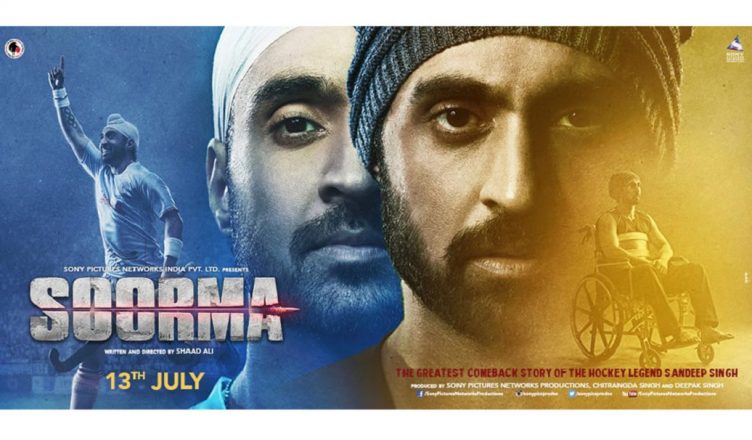 Soorma has a great and an unbelievable story to tell. After all, the way hockey legend Sandeep Singh made a stunning comeback is nothing sort of a miracle. And the first half is so nicely directed that one expects Soorma to be one of the best films of the year. But shockingly, the film goes downhill in the second half, when it should have gone on a high. There were several scenes that would have made a huge impact if it were given a massy and dramatic touch, the way it was done in the first hour. But for some strange reason, director Shaad Ali executed it in a very bland manner, diluting the impact heavily. The performances save the day to an extent. Diljit Dosanjh is very lovable and puts his best foot forward. Whether he’s romancing or awing everyone with dragflick or when he’s down and lost hope, Diljit essays all these moods very well. Taapsee Pannu is brilliant, in the first half, but in the second half her character suffers due to weak writing. Angad Bedi has an important part and enhances impact in few scenes. Vijay Raaz is the surprise element. He’s sure to bring the house down in single screens with his one liners! The title song has an exhilarating feel but is badly utilized in the movie. All in all, an average fare!