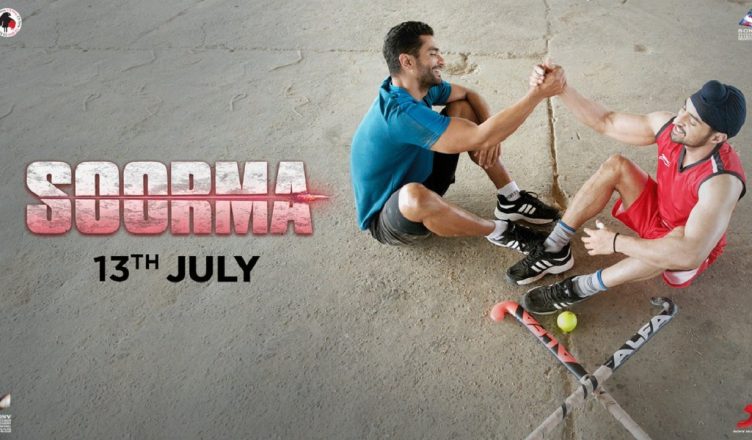 The first significant film of the second half of 2018 is all set to release tomorrow. Soorma, based on the Hockey legend Sandeep Singh, will be trying its luck at the box office. The plot is very interesting but the limited buzz can play spoilsport.

Soorma stars Diljit Dosanjh in the lead role. Taapsee Pannu and Angad Bedi also feature in important roles in this flick directed by Shaad Ali. Chitrangda Singh debuts as a producer. The trailer is interesting but has shown too much about the plot. At the same time, it intrigues viewers as to how Sandeep Singh managed to get back on his feet after the ghastly accident, especially when the doctors had given up all hope. If this bit is handled well, Soorma can turn out to be a terrific flick and get thumbs up from the audiences too. Songs, by Shankar-Ehsaan-Loy, are melodious but haven’t worked.

Sadly, the excitement for the film is very limited. Sanju, released two weeks ago, is still going super strong and trade and industry feel that it’ll eat into the business of Soorma. As a result, the opening would definitely be quite poor. But the film can pick up if the reports are positive.

Sports biopics can work big time, especially if they are inspirational. In the recent past, films like Mary Kom was a decent success, M S Dhoni – The Untold Story and Bhaag Milkha Bhaag were huge hits while Dangal is Bollywood’s biggest grosser. Parallels will be drawn with Bhaag Milkha Bhaag when it comes to Soorma as both flicks has a turbaned sportsperson as the lead. While Bhaag Milkha Bhaag had generated tremendous excitement pre-release which in a way helped the film achieve massive commercial success, the same is not the case for Soorma. But if audience’s appreciation is there, it can perform the same way at the box office (though not cross the Rs 100 crore mark), like the Farhan Akthar starrer!

WOULD YOU LIKE TO SEE SOORMA AND WHY? DO LET ME KNOW!