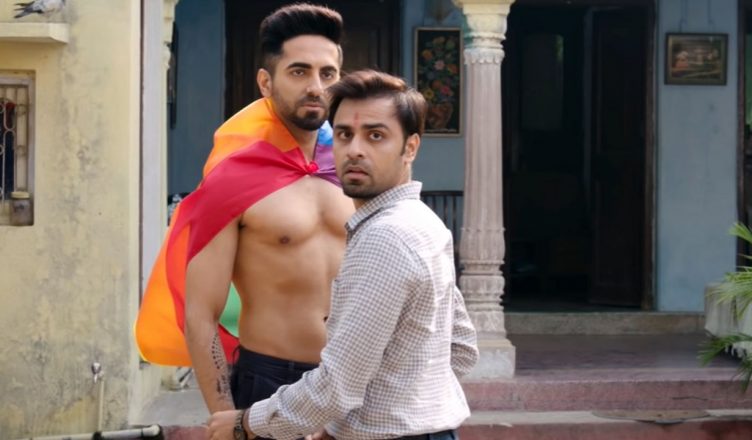 Times are changing and more and more novel and unconventional topics are being tackled in our films. But homosexuality is one such subject where we have slightly lagged behind. Here, we are not talking about caricature gay characters inserted in films for cheap laughs but realistic depiction of such people. Interestingly, Hollywood and many of our web series too are based on this idea. Even regional films on homosexuality have thrived. However, a handful of Hindi films have had protagonists playing gays.

So what’s stopping Bollywood for getting into it full throttle like its contemporaries? The biggest problem is that despite Supreme Court decriminalizing homosexuality and increase in awareness, it’s something that still remains a taboo. And films made on taboo topics can be detrimental. Akshay Kumar’s film on sanitation, Toilet – Ek Prem Katha, worked very well as this was a still a topic that can be discussed. But when he attempted to spread awareness about sanitary pads in Pad Man, the desired result was not achieved. Toilet – Ek Prem Katha earned Rs. 132.07 crore while Pad Man, despite having better word of mouth, could reach only till Rs. 78.22 crore.

Shockingly, none of the LGBT film of Bollywood has even seen a commercial success. Fire was the first such film in this genre. However, it was met with violent protests due to which the film was withdrawn. Sometime later, it was re-released after the Censor Board imposed cuts. Though it ran without any problem, the earnings were paltry.

Then, Split Wide Open, Rahul Bose-starrer, came next in this genre. But it was so niche that it went unnoticed. Karan Razdan’s 2004 flick, Girlfriend, was a story of an obsessive lesbian. It had immediately come after Murder, which popularized the idea of films with intimate scenes. It had loads of steamy and sleazy scenes and hence, it didn’t do much for the LGBT movement. And it was an average grosser at the ticket window.

Many other films then came up but were mostly small-budget. My Brother Nikhil, Onir’s first directorial, came all of a sudden, and as expected sank without a trace. Margarita With A Straw got a bit noticed but didn’t have any commercial trappings. Same happened with Aligarh. Angry Indian Goddesses was a fine piece of cinema and had an unexpected lesbian angle but viewers couldn’t give it a chance because of its very elite feel. Dunno Y Na Jaane Kyun, meanwhile, is considered to be a success story, and even has a sequel. But those who have seen it call it shoddy piece of cinema. And in cinemas, it was a big time disaster.

Karan Johar made two films and both have done a lot to make homosexuality mainstream. His 2008 flick Dostana was an average grosser and many even criticized for being cheap. However, homosexuals call this film a blessing as it at least ignited the conversation. During 10th anniversary of Dostana, prominent LGBTQ rights activist Harrish Iyer had told this writer, “Dostana broke the taboo. It was a landmark film as it mainstreamed the issue. It brought the conversation to the dining table. Dostana almost became a word for gays. People would say ‘Yeh log dono Dostana karte hai’ instead of saying ‘Yeh dono gay hai’!” He futher adds, “Karan Johar has done a lot of service to the homosexual community by bringing the conversation out from the closet into the open.” 8 years later, Karan Johar produced Kapoor & Sons. This was a hit film but homosexuality formed a very small part of the flick.

Last year, a lot of expectations were rested on Ek Ladki Ko Dekha Toh Aisa Laga. It featured a mainstream actor like Sonam K Ahuja in the role of a lesbian. What’s more, her real life father Anil Kapoor played the part of her dad, and there was also Rajkummar Rao and two popular songs too add to the impact. Sadly, the film received mixed response. On top of that, the taboo topic obviously and also the serious nature of the film kept audiences away.

But now, we have a film that can finally emerge as the first box office success in this space – Shubh Mangal Zyada Saavdhan. It stars Ayushmann Khurrana and Jitendra Kumar as the lovers with Neena Gupta, Gajraj Rao, Manu Rishi Chadha and Maanvi Gagroo playing supporting parts. The trailer was unveiled few days back and has been loved for its clever writing and the feel good mood of the film. What’s great is that someone like Ayushmann Khurrana has backed it and that too at this stage of his career. Right now, he’s on a roll and how. He has had 6 back-to-back hits, and it all started with the first part of this film, called Shubh Mangal Saavdhan, which was based on performance anxiety. Ayushmann is known to take up such topics in his films like sperm donation, late pregnancy etc in his films and these movies are family entertainers, without too many embarrassing moments for the traditional audiences.

Due to these reasons, Shubh Mangal Zyada Saavdhan has a very high chance of becoming a hit at the box office. The costs also seem limited and even if it does a business of around Rs. 55-60 crore, it’ll be in the safe zone. One might argue that a value of a film should not be judged by the amount of money it makes. After all, films like My Brother Nikhil, Fire etc also have been significant films of this movement, notwithstanding their box office outcome. But when a film on gays becomes a hit and gets whole-hearted acceptance, it’ll encourage more and more producers and even mainstream actors to back such projects. And this, in turn, will serve the larger cause and bring social acceptance to LGBT in a small but significant way. Hence, here’s hoping that Shubh Mangal Zyada Saavdhan turns out to be a great fare and that it gets the success it deserves!