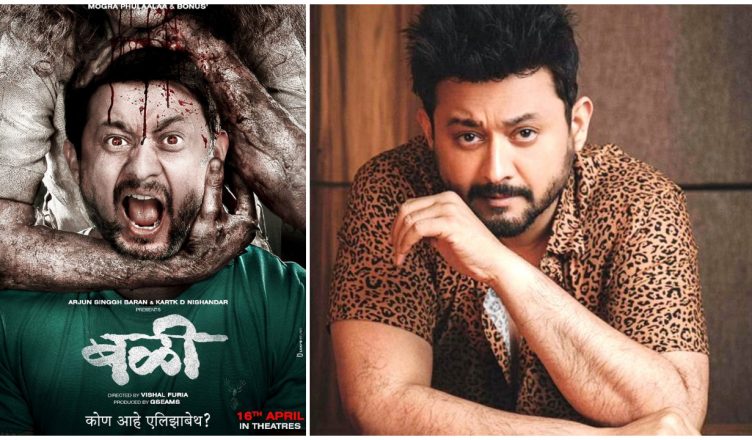 Producers Arjun Singgh Baran and Kartk D Nishandar of GSEAMS (Global Sports Entertainment and Media Solutions Private Limited) yesterday released a new poster of their upcoming film Bali. All set to be released on April 16 in CINEMAS, Bali has been directed by Vishal Furia, while Swwapnil Joshi is in key role in the film. The poster released recently takes the curiosity about the film to greater level.

The poster released recently has Swwapnil’s face with his scary reaction on it. His face is held forcefully by an unknown person, with the stains of the blood sipping on Swwapnil’s face. The fireballs in Swwapnil’s eyes makes the situation very terrifying. The poster also poses a question, ‘Who is Elizabeth.’ The poster indicates the fact that the film is all set to give goosebumps to audience in the theatres on its release.

The much talked about horror drama is produced by GSEAMS, the producers of many hit films such as Mogra Phulaalaa, Bonus and web series Samantar and Naxalbari. Furia had shot to the fame by his hit thriller Lapachhapi, released three years ago.