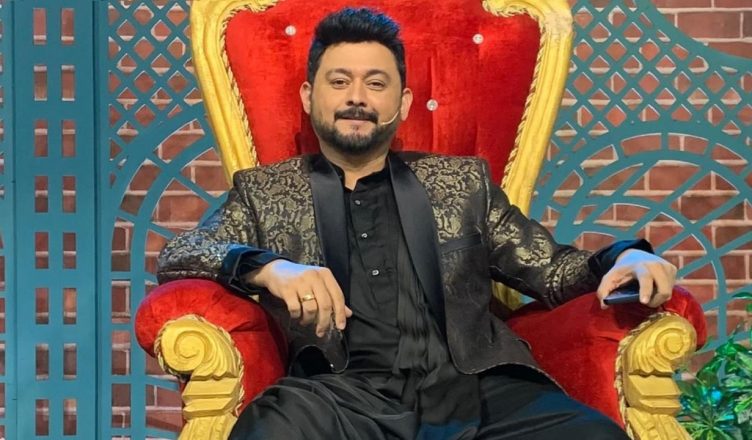 Chala Hawa Yeu Dya, the popular Marathi comedy show is all set to get more exciting as the makers have got on board leading actor and chocolate hero Swapnil Joshi. The actor will be seen in the judge’s grand chair in front of the popular stage of the show, which is popular among Marathi speaking audiences. He will reprise the role of the commentator and co-star of the set of comedians who are amongst the best actors in Marathi stage and part of Chala Hawa Yeu Dya since the last six years.

The soul of the king is played by Swapnil Joshi. He will participate in the game of entertainment with the popular actors of Chala Hawa Yeu Dya. This is sure to leave the audiences in splits! The new form of the show conceptualized especially for Diwali is being shot at a farm house, where all the actors have been staying for seven days of Diwali. The makers promise that it is going to be a treat for the Marathi audiences.

Swapnil Joshi is familiar to the audiences of the Chala Hawa Yeu Dya as he has been appearing on the show regularly as a celebrity guest. This time however he has become part of the show and his presence is sure to up the bar of the comedy quotient.

“I am not new to the Chala Hawa Yeu Dya team. I have been part of the show on several occasions as a celebrity guest. Besides, I was a judge on the comedy show ‘Fu Bai Fu’, from where most of the comedians from Chala Hawa Yeu Dya shot to fame. Actors like Bhau Kadam, Kushal Badrike, Shreya Bugde etc were participants of ‘Fu Bai Fu’, while Nilesh Sable anchored it. The actors are one of the finest sets of comedy actors in the industry today. I am a big fan of these actors. In my new responsibility I would get the opportunity to enjoy them performing, sitting in front of them, appreciate their performances, pull their legs and get some in exchange. I would also be able to bring the celebrities coming on the show to the comfort level,” he said.

Swapnil said that it would be a win-win situation for him. “Besides distressing myself and enjoying the show first hand, I would also get an opportunity to get connected with my fans. Thus, it would be a double advantage for me. All because of this, I have been eagerly looking forward to being part of this show,” he added.

The new series of Chala Hawa Yeu Dya will be aired from Monday November 16, at 9 PM, only on Zee Marathi.