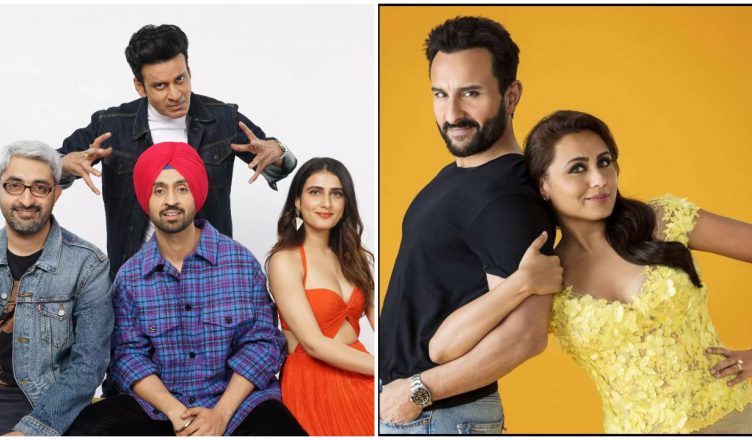 This Sunday, November 15, the first big Hindi film of the season, Suraj Pe Mangal Bhari, finally released in cinemas. Starring Manoj Bajpayee, Diljit Dosanjh and Fatima Sana Shaikh, the period comedy flick seemed interesting from the promos. As reviews poured in, it became clear that it’s a clean family entertainer. It is also released during the Diwali festival when families usually throng to watch cinemas. Suraj Pe Mangal Bhari, hence, seemed like an apt flick. It was not a big-budgeted film, after all. Also, it’s produced by Zee Studios who own not just Zee5 OTT platform but also Zee TV channels. Hence, they had the option to cash in on the film through these sources, and not just theatres.

Because of the fear over going to cinemas in this pandemic, no one expected a record opening. Also, the buzz for Suraj Pe Mangal Bhari was limited. The opening was expected to be in the Rs. 75 lakhs-1 crore range. And that’s what happened. The film opened at Rs. 75 lakhs. The next day was the day of New Year and Bhaidooj. Ideally, the film should have held at Rs. 75 lakhs range or the earnings should have increased. Sadly, it fell down at Rs. 55 lakhs. The two-day collections stand at Rs. 1.30 crore. The first week collections, comprising five days, is expected to be in the Rs. 2.25-2.50 crore range and the lifetime around Rs. 5 crore.

These might seem very poor collections. However, one needs to see things in the correct perspective. Suraj Pe Mangal Bhari had so many challenges. Firstly, all theatres are operating at 50% occupancy. Secondly, the Covid fear looms large with a chunk of moviegoers scared to go to cinemas. Thirdly, theatres in some states like Rajasthan, Orissa etc are still shut. Yet, for Suraj Pe Mangal Bhari to collect Rs. 75 lakhs on day 1 is an achievement. So many so-called experts had predicted that the film would open at 0% occupancy. However, that hasn’t happened.

Ideally, the industry should be overjoyed that a small film with limited buzz will reach the Rs. 5 crore mark. Imagine if a film with more buzz and more exciting star cast release, then it can easily reach till the Rs. 35 crore or even Rs. 40 crore mark. Bunty Aur Babli 2 is one such film, starring Saif Ali Khan, Rani Mukerji, Siddhant Chaturvedi and Sharwari Wagh. It’s producer Aditya Chopra is thinking of releasing it on Christmas. As per reports, the producers are unsure. Here’s hoping that they look at the performance of Suraj Pe Mangal Bhari in the correct manner and release their much awaited film as soon as possible.