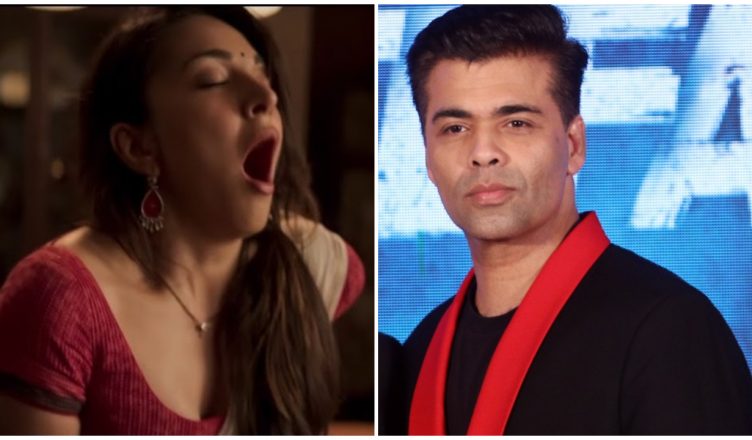 Karan Johar brought a new wave of change with his 1998 directorial Kuch Kuch Hota Hai. His films were perceived to be larger than life, the characters were based in a fantasy world and the setting used to be away from reality. This was seen in Kuch Kuch Hota Hai, in his next flick, Kabhi Khushi Kabhie Gham and also in his production Kal Ho Naa Ho. As a result, he became to be called as a candyfloss filmmaker.

Kal Ho Naa Ho released in 2003. In these 15 years, the filmmaker has produced numerous films that are anything but candyfloss. He has produced the horror thriller Kaal, the gritty Kurbaan, the straight out-of-life Wake Up Sid, the intense and action-packed Agneepath and Brothers, the globally acclaimed The Lunchbox, the much-loved and not-so-commercial family drama Kapoor & Sons, the very relatable Dear Zindagi and the recently female-centric thriller Raazi. He himself went against the tide and directed My Name Is Khan. His last directorial Ae Dil Hai Mushkil was also quite different with regards to the perception about him. In between, he has given the ‘typical Karan Johar entertainers’ like Kabhi Alvida Naa Kehna, 2 States, Hasee Toh Phasee, I Hate Luv Storys, Gori Tere Pyaar Mein, OK Jaanu, the Dulhania films etc. Yet, one can’t deny the fact that most of the times, he has been trying something different and most of the times, it has even paid off. Still, the perception refused to wither away. For many viewers, the moment one says Karan Johar, all they could think is Kuch Kuch Hota Hai and Kabhi Khushi Kabhie Gham.

But now with his latest outing Lust Stories, it’s high time he’s called as a versatile filmmaker. In this anthology film, Karan Johar directs a very interesting segment that’s winning praise from all over. It appears at the very end and when it commences, it takes time to adjust to it. After all, the first three segments of Anurag Kashyap, Dibakar Banerjee and Zoya Akhtar consists of minimal background score and even the humour is quite subtle. In Karan Johar’s segment, the background score is there in adequate doses. The humour quotient too is very different from the other segments and in the climax, it gets bit slapstick, a la David Dhawan and Rohit Shetty films! In this regard too, KJo’s segment stands out.

Thankfully, the connoisseurs of world cinema and those who look down on KJo’s films aren’t complaining since the film makes a very interesting comment. And it fits in very well with the theme of Lust Stories. Set in a small town of North India, Karan tells the tale of Megha (Kiara Advani), a school teacher. She gets into an arranged marriage with Paras (Vicky Kaushal), a well-mannered guy from an all-guys school. He might seem as the ideal hubby but he fails to satisfy her wife on the bed and otherwise and doesn’t even realize it, despite her hints. An unsatisfied Megha rightfully finds a way to get the much-needed fun missing in her married life. However, it leads to hilarious and even embarrassing consequence for everyone involved.

Known for making films on ‘rich people’, Karan touches upon so many issues. Paras’s mother claiming that a woman doesn’t desire anything more than a child correctly gives viewers a nauseating feeling. Kiara Advani’s expressions enhance the impact. The sequence of the park where Megha tries to give a hint to Paras about ‘adult film’ and the latter makes a shocking comment that the needs of men and women are mutually exclusive makes one realize that he is no different from the other domineering, self-centered men in the society. There’s also a side track of a parent complaining to the principal about the book ‘Lolita’ being issued in school. The narrow-minded aunty has a view on everything from short skirts to divorced lady to even novels that she hasn’t read! Everybody would be able to relate to this portion as we have all come across such people.

In 28 minutes, KJo packs so much and blends entertainment and message seamlessly. He also brings out some fine performances from Kiara Advani, Vicky Kaushal, late Charu Rohatgi (Paras’s mother) to Neha Dhupia (Rekha) to even the irritating aunty (Anuradha Rajadhyaksha). At a time when Indian audiences are ready to see women being in control of their sexuality, Karan Johar hits the ball out of the park!