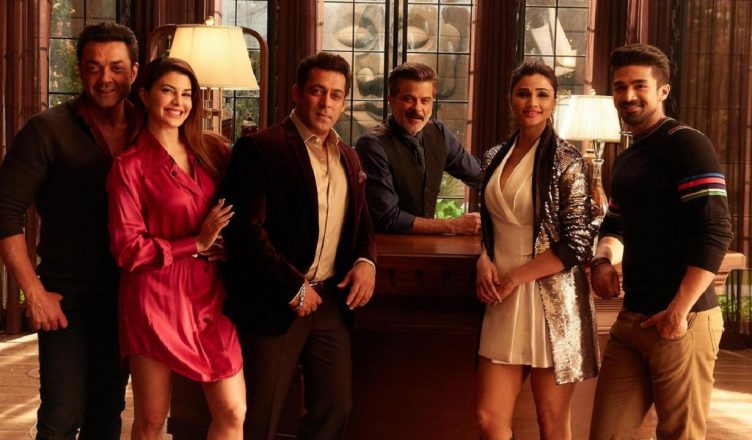 The verdict is out. Race 3, as feared, has turned out to be a disappointment The word of mouth is negative and this has reflected in its collections. In fact, there was already a fear before release that the film might turn out to be a damp squib. The trailer seemed poor, the dialogues were unintentionally funny and few action scenes looked tacky. Then there were reports on how it’s not getting a buyer and how lead actor Salman Khan ultimately had to distribute the film himself.

Yet, Race 3 had an impressive weekend. The film started with a bang, collecting Rs. 27.69 crore on Day 1. This was despite being a pre-Eid day. If Eid had fell on Friday, the collections would have been higher. Eid was on Saturday and that’s when audiences came out in hordes. It collected Rs. 36.25 crore on Day 2 and Rs. 37 crore on Sunday. As a result and as predicted last week, the film managed to cross the Rs. 100 crore mark in just 3 days.

A section of trade and industry expected the film to crash on Monday, a working day and when ticket rates dropped. But the Eid effect lingered on this day and it led to the film collecting Rs. 14 crore on Day 4 which was quite a feat. When the effect reduced on Tuesday, the collections came down (Rs. 9.50 crore). Wednesday was even lower (Rs. 8 crore approx). The first week business will be in the range of Rs. 139 crore. The second week won’t be huge and the film’s lifetime is expected to be around Rs. 180-190 crore. Looking at the costs of the film, it might turn out to be losing proposition for the makers. Also, considering that Salman Khan’s last film Tiger Zinda Hai collected around Rs. 340 crore, the expectations from Race 3 was to at least cross Rs. 250 crore, if not reach the number of the former.

What’s surprising however is that despite a very bad word of mouth, the collections of Race 3 didn’t crash from Saturday. In the past, we have seen with films like Besharam, Shaandaar, Jab Harry Met Sejal etc that when the reports are terrible, the collections drop significantly from the next day. But with Race 3 that didn’t happen and one of the big reasons is the super star power of Salman Khan. He’s one of the credible actors we have today who enjoys a massive following. As a result, audience ventured to see Race 3 just to see him on the big screen. And besides the star power, what worked is that Race 3 had some great action and larger-than-life scale. It seemed like a film that should be seen on the big screen. Last year, Salman Khan’s film Tubelight didn’t work as it wasn’t massy enough. Race 3 however has a pan India appeal that worked in its favour. The Eid factor also contributed a lot.

However, since the film will be losing money and has become a laughing stock, I hope the makers get the much needed sense that they can take the audiences for granted. Race 3 script was full of loopholes and lacked sense and logic. Here’s hoping the lessons are learnt and that Salman Khan doesn’t give such a terrible film ever again!