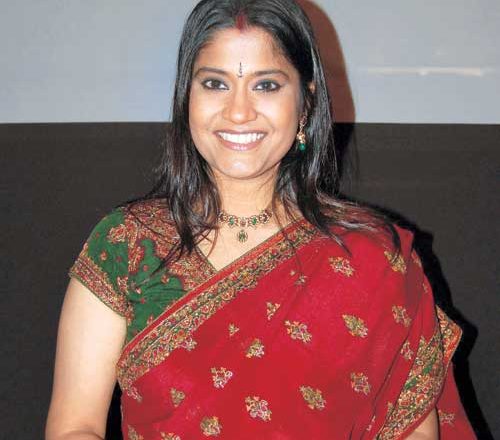 Renuka Shahane is now no longer known for her role in Hum Aapke Hai Koun or the famous TV show Surabhi. She is now known as a woman with an opinion and who fearlessly expresses them on social media. She has been slowly and steadily making waves with her comments online but it became known to everyone when she wrote a post about Salman Khan’s acquittal in the black buck case. In an interview to a tabloid, the actress talks about the kind of response she got for her post.

One of the allegations leveled on her was that she did this for publicity. At this, Renuka reminds that she has been writing her views on Facebook since 2008, when she discovered social media. Also, she doesn’t need publicity is what she tells. This isn’t the first time she wrote a post on a controversial issue. Just recently, she wrote a post criticizing the entire idea of fairness creams.

What surprised many is that she has worked with the superstar before in Hum Aapke Hai Koun, the film that catapulted her to a different league. But she maintains that the post was about the legal system and not the superstar per se. She goes on to add that she feels that Salman is one of the most generous and kindest people that she has met. But she won’t say the same about his fans. She admits that she was trolled heavily for the post. A user called her ‘prostitute’ prompting her to register a complaint with Maneka Gandhi. She urges people not to be a blind follower of anyone as that would make people being nasty to anyone who doesn’t confirm to their view.

She also adds that she was targeted for being a woman. The society is still not ready to accept a woman with an opinion. She remarks that her husband Ashutosh Rana would not have faced so much of brickbats if he had expressed the same opinion.

Finally, she talks about her future plans. She reveals that she’s happy being a homemaker and attending to her two sons – Shauryaraman and Satyendra. But she’s busy with writing as well and is scripting a Marathi-English film.