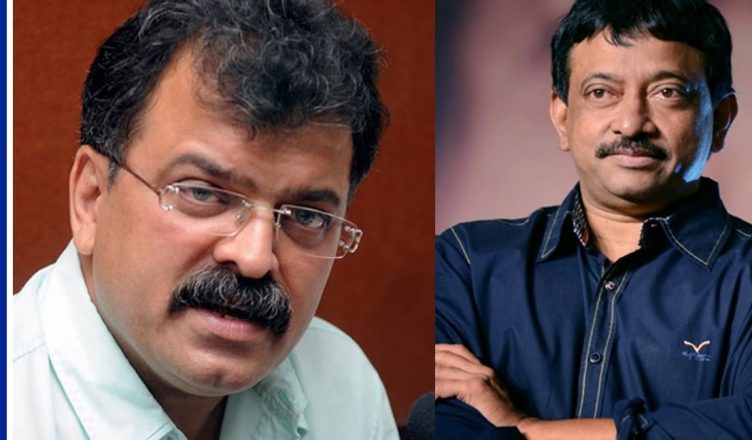 It’s fairly common for members of the Bollywood fraternity to chicken out when any politician/minister/so-called social-cultural activist tries to create problems for them. In January 2017, when Sanjay Leela Bhansali was assaulted by members of Sri Rajput Karni Sena in Jaipur, the filmmaker left Rajasthan, announced that he’ll abide by their demands and filed no FIR against the Sena. Karan Johar had to unfortunately bow down while trying to get a peaceful release of Ae Dil Hai Mushkil, that featured Fawad Khan. It was Raj Thackeray’s Maharashtra Navnirman Sena that created problems by publicly threatening him. The Shah Rukh Khan starrer Raees was also in their ‘hit list’ since it starred Mahira Khan. SRK in fact had to come down to Thackeray’s residence in order to ensure his film can release smoothly.

At such times when there’s so much fear among Bollywood members, it’s heartening to see a filmmaker trolling a politician, for a change! The filmmaker is none other than the eccentric Ram Gopal Varma. It all started with his tweet on Sunny Leone on Women’s Day.

As expected, it led to loads of brouhaha. The contents of the tweet were definitely objectionable. However, RGV won hearts later on when Jitendra Awhad of Nationalist Congress Party (NCP) publicly threatened him. He ordered RGV to apologize or face ‘dire consequences’. He also added he won’t mind ‘taking law into his hands’, a clear indication that he was threatening RGV of violence. But Ram Gopal Varma is not like other members of Bollywood. He gave it back to Jitendra Awhad.

At first, he simply posted a smiley to mock him.

He then tweeted that Sharad Pawar, founder of NCP, should oust him from the party for making such a comment. He also added that he was a disgrace to the ideals of Sharad Pawar. In the next tweet, he turned the tables on Jitendra. Now RGV threatened him, of a police complaint, if he doesn’t apologize to him for his threat tweet.

Great @PawarSpeaks shud kick u out for threatening to take law into hands in our sovereign democratic country ..u r a disgrace to his ideals https://t.co/YdfZmBOJgH

If u don’t apologise to threat of taking law into ur own hands,will formally register complaint, so let me know . Please note @PawarSpeaks https://t.co/YdfZmBOJgH

Ram Gopal Varma then gave out his address and said that Jitendra is free to come over there and ‘take law into his hands’.

Ok if u want to take law into ur own hands I will be available at my office in Veeradesai road next to empire dubbing studio https://t.co/c280uVJ8vH

He then brought out a 6 month old video where Arnab Goswami had blasted Jitendra Awhad on his popular show ‘Newshour’ on Times Now news channel.

Finally, RGV posted the screenshot of the bio of Jitendra Awhad’s Twitter handle that reads: Right or Wrong i express wat i feel. He posted 2 tweets where he mocked Jitendra and even called him a ‘joker’. Jitendra didn’t reply to these tweets at all. He merely tried to show his victory by retweeting tweets of those who supported him

And then this joker has a problem with what others express? pic.twitter.com/cV0TiQCpZ0

Right or wrong @Awhadspeaks expresses his feels but when others do he will take law into his hands WAHH! God save this country’s democracy pic.twitter.com/xQpcydm696

What RGV posted about Sunny Leone was definitely not acceptable. But it was good to see a filmmaker finally giving it back to a politician in a language he knows best. Our filmmakers and actors definitely have a lot to learn from this filmmaker!