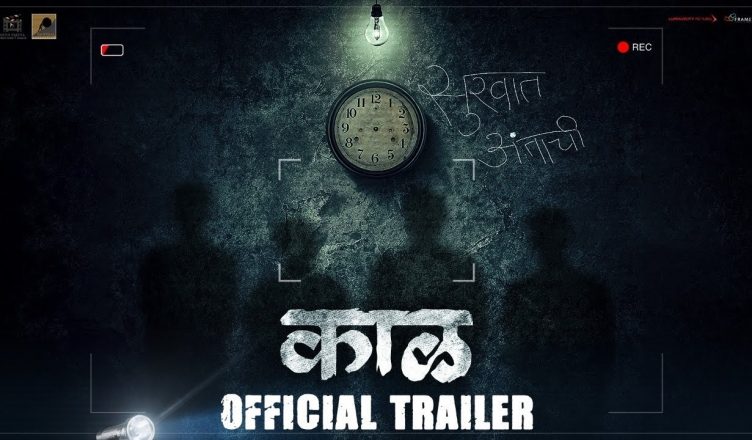 After the great response to the teaser of the one of its kind Marathi horror film Kaaal, the makers released the theatrical trailer on January 7. And the response is unanimous – if the teaser was spooky, then the trailer is many notches higher and scarier!

The teaser gave a small hint about the film’s treatment and horror quotient. The 118 seconds long trailer however gives a fair idea about the film’s plot. As per the promo and press release, Kaaal is about a group of youngsters entangled in a mystery when they are at bungalow in the Konkan region. The group, in a bid to project themselves as paranormal investigators, finds it difficult to handle the situation when they themselves face the haunting experience in the bungalow.

And as discussed in the article about the teaser, what works is that the film is shot in a found footage style. It’s a sub-genre in horror which was seen in some successful Hollywood films like Paranormal Activity, Cloverfield, The Blair Witch Project etc. Closer home, Ragini MMS, a 2011 Hindi film produced by Ekta Kapoor, was entirely based on found footage style of filmmaking and is remembered even today. In Marathi cinema however, Kaaal is probably first such film and this surely gives it an edge.

D Sandeep, who’s not just the director but also the film’s co-producer, writer and editor, says that it wasn’t easy for him to venture into with a genre that rarely gets made in the Marathi film industry. But the filmmaker was determined thanks to certain real-life incidents that drove him to complete the film. He explains, “It was during my college years that I got interested in this genre thanks to Hollywood films on the subject. I did my research and am ready to present Kaaal to the audience now. Moreover, I was determined by real-life incidents that drove me to complete the film. I think the film will change the Marathi audience’s perception of the genre and pave way for more such films in the zone. We received overwhelming response to our teaser launched earlier. The film enthusiasts overwhelmingly conveyed that they are eagerly waiting watch the film in the theatres. I think the trailer and poster released today will further arouse the curiosity of the film goers.”