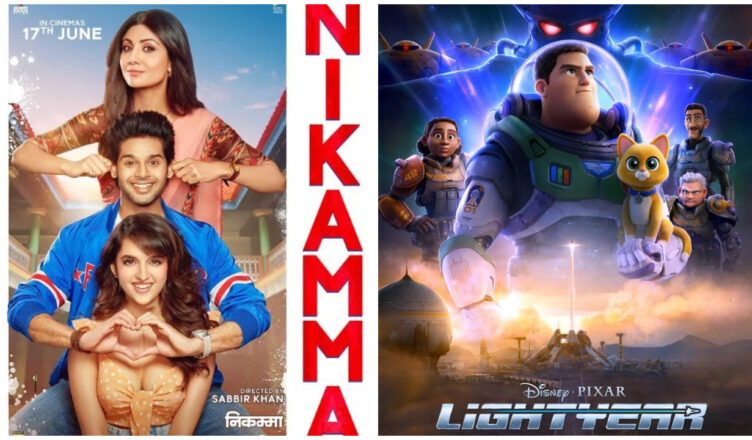 Last week, there were 2 major releases at the box office, namely Jurassic World: Dominion and JanhitMein Jaari. As expected, Janhit Mein Jaari’s buzz was limited and word of mouth was strictly okay. Hence, its collections have been poor and its lifetime numbers are expected to be Rs. 4-5 crores. Meanwhile, Jurassic World: Dominion is having a great run. Its advance bookings were low and hence, many felt that it wouldn’t open well. Surprisingly, on Friday, ticket sales picked up and the film ended up collecting Rs. 35.50 crores in 3 days (including paid previews on Thursday). On the weekdays, it is steady at lower levels though as the reports are mixed.

And in the second week too, Jurassic World: Dominion will be the dominant film as the new releases don’t seem exciting. The biggest Hindi release is Nikamma. It stars Abhimanyu Dassani and ShirleySetia along with Shilpa Shetty in a supporting role. It is directed by Sabbir Khan of Heropanti and Baaghi fame and is an official remake of the hit Telugu film, Middle Class Abbayi. The trailer gives the impression that it is a fun-filled masala entertainer. However, the trailer has not got unanimous appreciation. Songs haven’t worked as well, including the remix of ‘Nikamma’. As a result, the buzz is very limited.

Last week, Janhit Mein Jaari opened at Rs. 40 lakhs. It remains to be seen if Nikamma opens better than that. Due to the action quotient, it can have an advantage in B and C centres.

The other major release tomorrow is Lightyear. It is a spin-off of the Toy Story film series and serves as an origin story of the character of Buzz Lightyear. It is produced by Disney and Pixar and these production houses enjoy a considerable following in India and the same goes for Toy Story. However, being an animation film and also a niche fare, Lightyear won’t be a huge grosser in our country like a Jurassic World or a Spider-Man: No Way Home.

Toy Story 4, which was released exactly 3 years ago, had opened at Rs. 72 lakhs and ended up collecting Rs. 7.59 crores in its lifetime. Lightyear can open in the same range or maybe better and then can have good growth on Saturday and Sunday. In other words, Lightyear can open better than Nikamma and can even do better than the Abhimanyu Dassani starrer in the long run.

Finally, there’s Ittu Si Baat, which will also be released in cinemas on June 17. It is produced by LukaChuppi and Mimi director, Laxman Utekar. The star cast is unknown and the film has no awareness. As a result, it’ll sink without a trace.