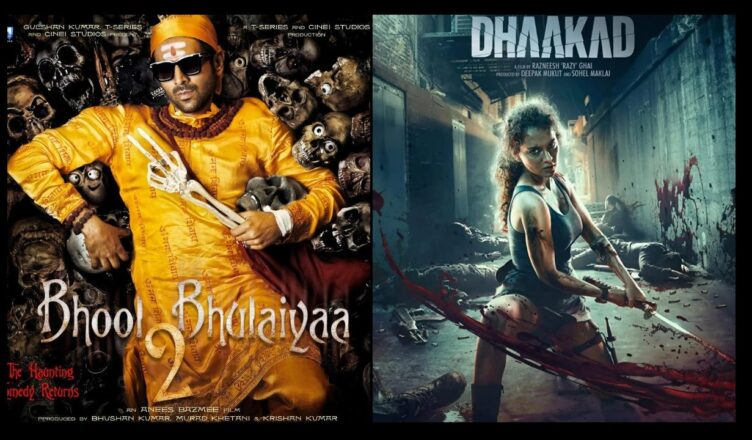 BHOOL BHULAIYAA 2 NEEDS TO BE A SUCCESS OR AT LEAST OPEN WELL, AT ALL COSTS

The last few weeks have been terrible for the industry. Not a single Hindi film has been a hit. Moreover, all the films which have been released since April like Attack, Jersey, Runway 34 and Heropanti 2 have had very poor openings. Last week’s release Jayeshbhai Jordaar, too, had a shocking start of Rs. 3 crore. The word of mouth of all these films was mixed and mostly negative. Hence, after a poor start, these films didn’t even grow. The lifetime collections of all these films have been under Rs. 30 crore. In certain cases, this number is less than what their actors have charged as acting fees!

In such a scenario, thankfully, there’s a ray of hope in the form of Bhool Bhulaiyaa 2. It stars Kartik Aaryan, Kiara Advani and Tabu. As the name suggests, it is the second part of the Bhool Bhulaiyaa franchise. The first part had done very well and is remembered even today for its humour and suspense. It was a psychological thriller while Bhool Bhulaiyaa 2 is a horror comedy.

The reason why the film looks promising is that the trailer has been very well received. The remix of the title song, too, has grown. Moreover, the horror comedy genre has a lot of takers. Kids, youth, families – all kinds of audiences enjoy such films, as indicated by the success of films like Golmaal Again and Stree.

Bhool Bhulaiyaa 2 is expected to open very well. The trade feels that since the advance booking has been strong, its day 1 collection would be Rs. 10 crore plus. However, in the past few weeks, we have seen how the opening day number has been less than what was expected. Hence, it’ll be fair to hope that the film will open at Rs. 8 crore. Even that would be a great number, considering how the recent Hindi films have opened. If god forbid, Bhool Bhulaiyaa 2 doesn’t have a good opening, the industry would go into trauma.

The other release of the week is Dhaakad. It stars Kangana Ranaut in the leading role along with ArjunRampal and Divya Dutta. Kangana features in an action avatar in this flick and looks quite cool.

However, the trailer hasn’t generated enough excitement for the film. The awareness is minimal. Also, the action and mood of the film looks too westernised. As a result, the opening will be very poor, in the range of Rs. 75 lakhs – 1.75 crore. It remains to be seen if it manages to get a good Saturday growth, provided the word of mouth is positive.