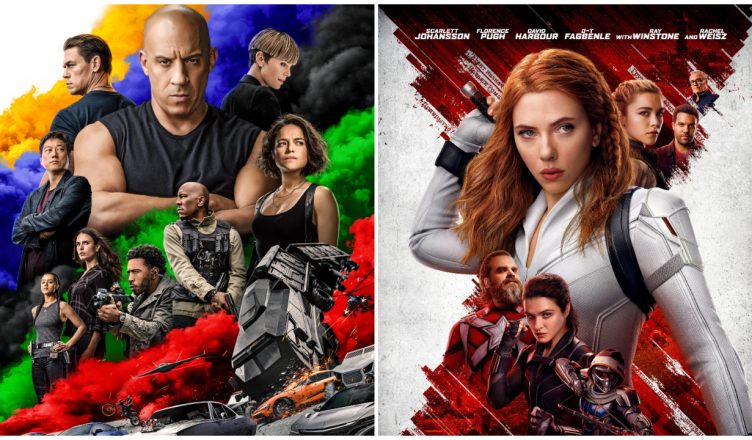 FAST & FURIOUS 9 IS A SUCCESS IN THE HOME MARKET; ALL EYES NOW ON BLACK WIDOW!

Two weeks back, we spoke about how the box office performance has improved drastically in foreign countries. Numerous Hollywood films, small and big, have been released since March and some of them have emerged to be a big success. The revival began with Godzilla vs. Kong which was released on March 31. Worldwide, it has collected more than $450 million.

Later, Mortal Kombat, Peter Rabbit 2: The Runaway and Cruella ended up doing decent business. The horror film A Quiet Place Part II emerged as a surprise. It performed as if there’s no pandemic and as of July 5, it has collected a mind-boggling $258 million worldwide. Another horror film that also worked is The Conjuring: The Devil Made Me Do It. Its worldwide collections are nearly $175 million. The Conjuring: The Devil Made Me Do It probably earned less than A Quiet Place Part II as the former’s word of mouth is not that positive and also because it was released simultaneously online, on HBO Max. Yet, it’s great the film has collected so much and it’s still going strong.

On June 25, the much-awaited film, Fast & Furious 9, released in the USA, Canada, United Kingdom and many major markets. Before, it had already got a release in China, Russia, South Korea, UAE etc from where it had already earned $292.5 million, more than its budget of around $200 million. The film has received mixed reviews and yet, the film is going super strong. In the USA, it collected $122 million till Monday, July 4. The trade experts out there are excited to see which film hits the $150 million mark first – Fast & Furious 9 or A Quiet Place Part II whose earnings stand at $145 million.

These are extraordinary collections in times of pandemic and with each passing day, the situation is improving. This Friday, July 9, will see the release of Black Widow, a Marvel film. It also has a tremendous buzz and it remains to be seen if it can go past the collections put up by Fast & Furious 9.