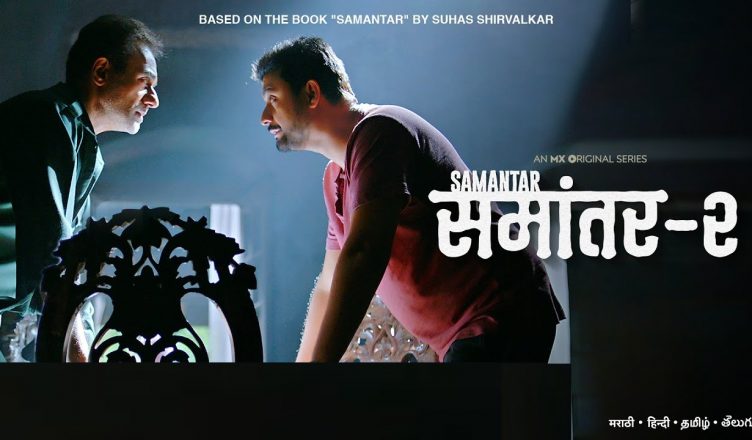 Sameer Vidwans said that the challenges before him while directing Samantar 2 were numerous as it was his first time directing a web series and also because it was shot during the pandemic. The director has proudly said that he was happy that he could face all the difficulties successfully with the help of his stars, crew members, and from the support he got from producers Arjun Singgh Baran and Kartk D Nishandar of GSEAMS.

After an outstanding success of Samantar Season 1, with a record-breaking 200 million hits, Samantar season 2, has come on MX Player with many added attractions. Talented actors from the film industry like Nitish Bhardwaj, Swwapnil Joshi, Tejaswini Pandit and Sai Tamhankar feature in this web series which is based on the popular Marathi novel written by the late Suhas Shirwalkar.

Talking about the series, the director Sameer Vidwans said, “Samantar is a drama series which is full of thrill and mystery elements throughout the show. Samantar is originally made in Marathi and dubbed in Hindi, Telugu as well as in Tamil. We have shot the second season at various picturesque locations including Mumbai, Pune, Panchgani, Mahabaleshwar, Bhor and Kolhapur to keep the show as real as possible.”

Regarding the overwhelming response Samantar 2 has received, Vidwans mentioned that, “Both Arjun and Kartk are extremely involved creatively and are very particular on the quality of the shoot. They are always open to new concepts and ideas and they take pain to see that the ideas are well executed. On this project, they have worked closely with the actors and me and have got the best out of all of us.”

Speaking to us on Samatar 2, Arjun and Kartk said “Samantar is a fabulous story which we knew would appeal to a very large audience. We are extremely happy with the response that Samantar 2 has got and we intend to produce many more such series based on a variety of subjects and genres”.

GSEAMS has given us many memorable Marathi films like Mogara Phulaalaa, Bonus, Fugay, Tula Kalnaar Nahi, Ranangan and Vicky Velingkar. With the release of the web series like Naxalbari on Zee5 and Samantar season 1 & 2 on MX player, GSEAMS has once again proved itself as a leading production studio which creates quality content.