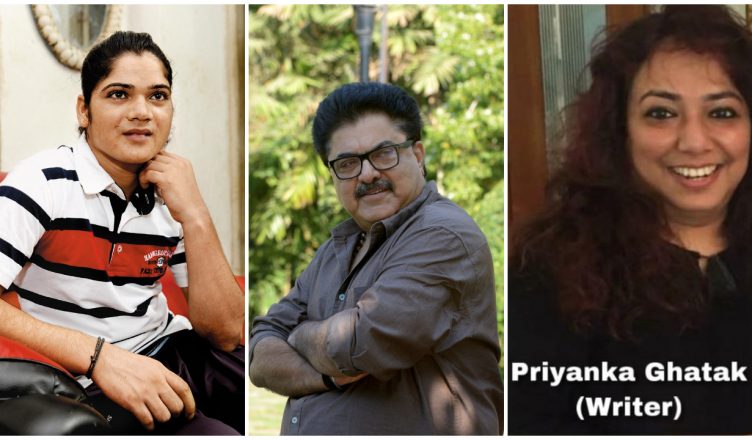 It’s the age of sports biopics and sports films. A lot of filmmakers have made some memorable films in this space and now producer Ashoke Pandit has also jumped into this bandwagon. He has acquired the life rights of Pinki Pramanik. The filmmaker intends to make a film on the controversial story of this woman athlete who was accused of being a man and implicated in rape charges. Pinki, then a 22-year-old girl, was locked up in a men’s prison along with 1000 male inmates; she fought a complex system that was determined on declaring her a ‘man’ and proving that she was a rapist.

Once a national pride, Pinki Pramanik was reduced to a story of shame and humiliation in front of the same nation. Like a true sportsperson, she stood strong and gave a fight of her life, till one day the truth was revealed. Producer Ashoke Pandit says, “When my writer narrated the subject of Pinki Pramanik, that very moment I knew this story had to be made. Imagine the basic identity of a human – his/her gender – is questioned. One fine day Pinki, a woman was accused of being a man and branded a rapist. It is a story of fighting against all odds and coming out triumphant. It is high time that mainstream cinema addresses the issue of gender identity.”

Writer Priyanka Ghatak says, “I came across Pinki’s story in the news and what perturbed me was that she was national pride and the whole country celebrated her victory. But one fine day she was pulled down in the worst state of shame and humiliation, her basic gender identity was questioned and was accused of being a rapist. It is a story of triumph and resilience.”

Pinki Pramanik says, “I am very happy to be associated with such a respected man. I wanted the world to know the injustice and the horror I went through. I totally trust Ashoke ji’s production that it will do total justice to my story with respect.”

The lead cast and crew of this film will be announced soon.