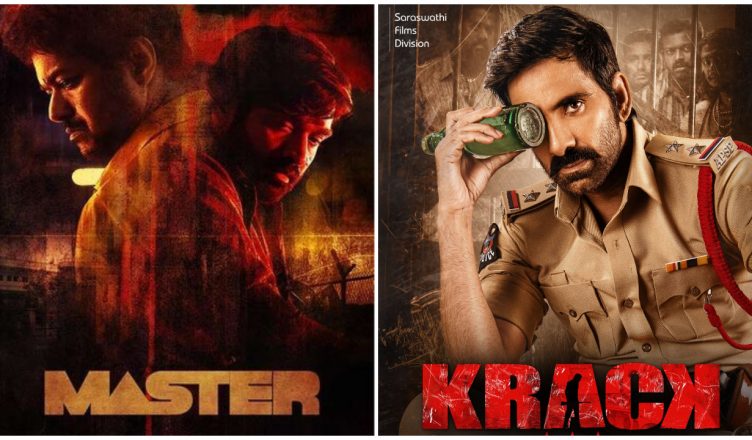 Tomorrow, the biggest film in the last 10 months, Master (Tamil), is all set to release in cinemas. Starring Vijay, Vijay Sethupathi and Malavika Mohanan, this action entertainer was supposed to release last year on April 9. But due to the lockdown, it got pushed. Somewhere around November, it became clear that the makers are eyeing a theatrical release. During Diwali, it’s exciting teaser was unveiled and it led to frenzy. Then, in December, news reports poured in that the film will release on January 13, that is, during the festival of Pongal.

Vijay is a superstar down South and his fan base on the internet is next level. In fact, no other actor down South or even pan-India has such an insane fan following. Hence, when it became official that Master is indeed releasing in cinemas, it generated a wave of excitement not just among his admirers but also among the trade and industry. No one asked if people would indeed come to theatres despite that pandemic is still going on. Everyone knew that Master is one of the most keenly awaited films and that audiences are bound to turn up.

Yet, no one was prepared for what awaited them when the advance booking of Master was thrown open on Sunday, January 10. The shows started getting full in no time. In many centres in the South, online booking was not available. Pictures and videos emerged on the internet which showed fans crowding like crazy so that they can watch the film at the earliest. Many theatre management got astonished with the craze and had to resort to online booking. They were also scared since fans were violating social distancing norms. Meanwhile, on ticket booking websites like BookMyShow, it was a common sight to see shows getting sold out within minutes of it’s booking being commenced. Surprisingly, it happened in non-Tamil markets of the South as well like Bengaluru and Hyderabad. Even in Mumbai, theatres situated in areas with sizeable Tamil populations had shows as early as 6:00 am getting sold out like hot cakes!

Due to the Coronavirus scare, all cinemas in India are running at 50% occupancy. However, the makers of Master knew that their film will benefit if 100% occupancy is allowed in their home state, Tamil Nadu. Hence, Vijay met the Tamil Nadu chief minister Edappadi K Palaniswami and requested him if the 50% occupancy rule can be done away with. The chief minister agreed and though it made fans and exhibitors happy, it also led to criticism. Many felt that 100% occupancy can increase the Coronavirus cases. The Central Government then reminded Tamil Nadu government that the state doesn’t have the powers to change the 50% occupancy rule. The state government then cancelled the new rule.

Yet, Master is all set for a tremendous opening. Despite the cap, the numbers can be very encouraging. Yes, the opening will not be record-breaking. But at least, it’ll be the biggest in this era of new normal. And if reports are positive, the collections won’t drastically fall as it happens in normal situations. Moreover, it has a 5-day weekend. Hence, by Sunday January 17, the collections are sure to be humongous.

Master will also be released in Telugu version and it’s advance is also strong. The Hindi version is called Vijay The Master and it’ll be out on Thursday January 14. The advance is poor as of now as Vijay is not that big for the Hindi audiences. But trade experts predict that the film will eventually open very well especially in mass centres.

2 weeks back, we had informed readers that the Telugu film Solo Brathuke So Better, which released on Christmas, put up very good numbers. It had collected Rs. 10.25 crores in the first 4 days. Meanwhile, last weekend, Ravi Teja-Shruti Haasan’s Telugu movie Krack released. It got a proper release only on Sunday and couldn’t release on Friday or Saturday due to a court case. The opening day was huge, at around Rs. 9.50 crore! The excitement for Master, meanwhile, is obviously way more than that of Krack. Hence, it won’t be wrong to assume that it’ll have a Rs. 10 crore plus opening, with an outside chance of Rs. 15 crore opening as well!