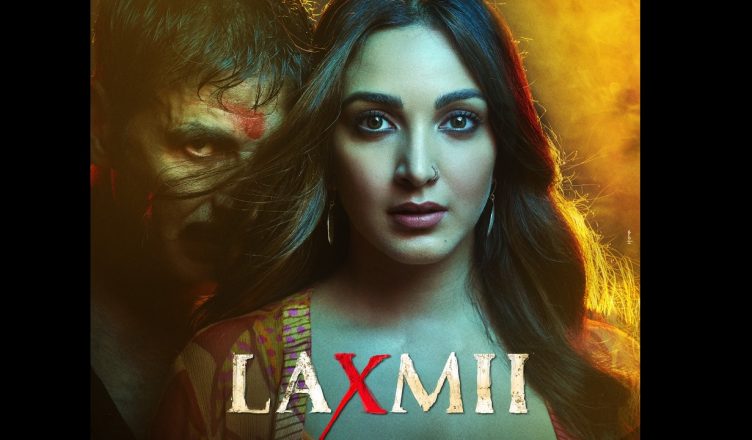 WILL THE BIG DIWALI RELEASE LAXMII SUCCEED IN ENTERTAINING AUDIENCES?

The festival of Diwali will be celebrated next week. Of course, this year, the celebrations will be a bit muted since the Coronavirus scare still looms large. However, Diwali has always meant release of exciting films. This year, it’ll be no different except that most of the films are expected on digital platforms.

One of the first ones of the season and also the biggest one is Laxmii. It stars Akshay Kumar and Kiara Advani. It is a remake of the popular Tamil film Muni 2: Kanchana and just like the original, it is also directed by Raghava Lawrence. The film is all set to release in the Diwali week, on November 9, on the streaming platform Disney+ Hotstar. The trailer of the film is a bit over the top but is massy. It shows Akshay getting possessed and that turns him into believing that he’s a transgender. Akshay looks in superb form and his comic and horror timing should be something to watch out for. Also, the song ‘Burj Khalifa’ has become a huge hit and would have made for a great watch in cinemas.

Sadly, Laxmii has been in the news more for the wrong reasons since the very start. Before the film went on floors, director Raghava Lawrence had expressed his displeasure over how he was being sidelined. He tweeted that he’s leaving the film. The makers of the film, however, successfully convinced him to change his mind. The release of the film initially was planned on September 9, that is, Akshay Kumar’s birthday. But the negativity surrounding him and the industry owing to the demise of Sushant Singh Rajput was extreme at that point. This prompted the makers to defer the release by two months. Still, the negativity continued, albeit in lesser intensity. As soon as the trailer dropped, many began to dislike, as per the trend nowadays. Fox Star Studios then had no choice but to deactivate the option of like/dislike from the trailer. Meanwhile, the groups with vested interests continued with their tirade. The film then was titled Laxmmi Bomb and several claimed that their sentiments are hurt as it insults Goddess Laxmi. Also, in the original, the protagonist was a Hindu while here, Akshay’s character is named Asif. Kiara meanwhile plays a Hindu girl named Priya. As expected, the haters dubbed this as an attempt to promote the concept of so-called ‘love jihad’. The fact that just a few weeks back, a case of a Muslim man killing a Hindu girl made news nationwide added fuel to this ‘movement’. For damage control, the makers hence changed the title of the film to Laxmii. The protagonist still remains a Muslim.

If the Sadak 2 episode is anything to go by, then Laxmii too will get a historic number of downvotes on IMDb. Many would claim to have seen the film and found it disgusting. Some, on the other hand, will brag that they have boycotted it and that others should follow suit. However, one thing is for sure. Laxmii is going to get record views. It’s been a while since a big film starring a superstar is releasing. On top of that, it’s Diwali time. Laxmii looks like a clean entertainer and it’ll be watched by thousands of families. Even later, when it comes on television, it can work big time.