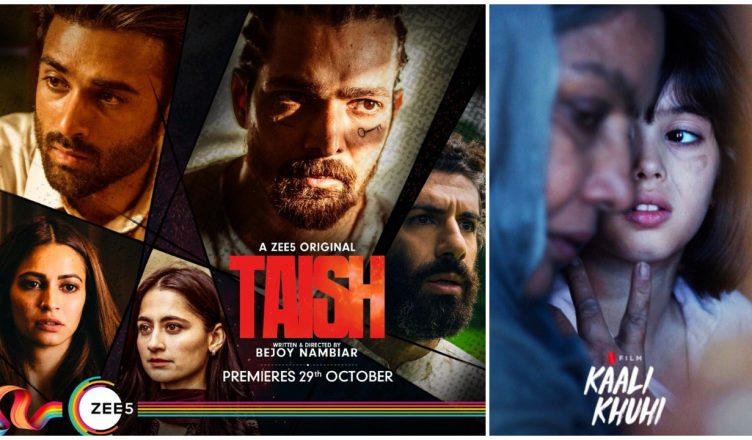 The Diwali season is around the corner. A lot of exciting films are expected at that time, with one of them even expected to release in cinemas. Before that, two films are all set to release tomorrow. Both are a bit dark but have some plusses in its favour.

TAISH: It is directed by Bejoy Nambiar of Shaitan, David and Wazir fame and has an impressive star cast comprising Harshvardhan Rane, Pulkit Samrat, Jim Sarbh, Kriti Kharbanda and Sanjeeda Shaikh. Bejoy is technically quite superior and has used his knowledge and expertise very well in his previous films. The trailer of Taish also suggests that the visual tonality of the film will be something to watch out for. Interestingly, Taish will be released as a film as well as a web-series. Not just that, the film is expected to be around two hours long while the web series will be longer, around three hours long, with far more character depth. It’s probably a rare phenomenon that a film is also releasing in a long format. It remains to be seen whether audiences embrace the film or the web series version of Taish.

KAALI KHUHI: It is a horror flick starring Shabana Azmi, Sanjeeda Shaikh, Riva Arora and Satyadeep Misra. The trailer is a bit bizarre but it can make for an intense, nail-biting flick. Sadly, the buzz for the film is negligible. But that’s alright as it’s a web film and here, there’s no pressure of weekend collections or getting as many footfalls as possible in the first three days. Several films and series on the net have got more viewership later on. The same can happen with Kaali Khuhi if the word of mouth is positive.