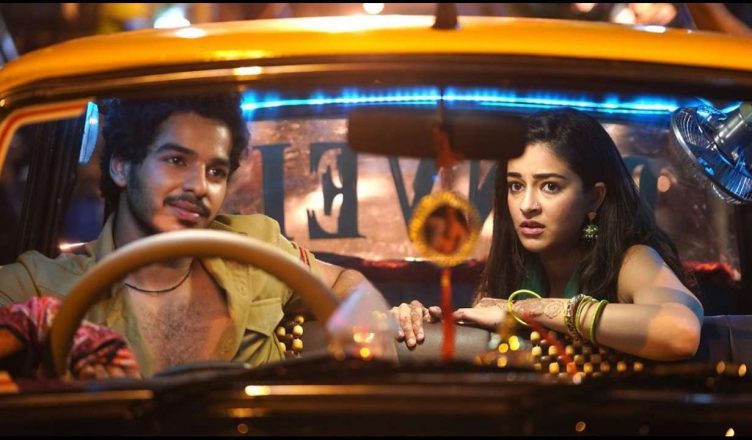 WILL KHAALI PEELI EXPERIMENT PROVE TO BE SUCCESSFUL?

Around 1 ½ months back, we discussed about PVOD (Premium Video-On-Demand) with reference to OTT releases. It simply means that you need to pay a certain amount of money in order to watch that particular film. In simpler terms, it’s also called pay-per-view. The concept is popular in the West. When the Coronavirus-triggered lockdown came into force in most parts of the world, many films were released online through this avenue. Universal Pictures, for instance, released Trolls World Tour in places like USA, Canada etc since theatres were shut. Viewers had to pay $20 to catch the film. Recently, Disney’s Mulan was similarly released, but at $30.

In India, we have got used to SVOD, or Subscription Video-On-Demand. It simply means that we buy the monthly or annual plan of a streaming platform and then we get access to most or all of their content. For instance, Amazon Prime charges Rs. 999 per year and it gives viewers access to all the films and web series on the platform. Disney+ Hotstar VIP, meanwhile, comes at Rs. 399 a year and that gives audiences a chance to watch most content, but not all. To watch all, one needs to take Disney+ Hotstar Premium plan, which is sold at Rs. 1499 per year.

And now, the pay-per-view model is all set to enter the Indian market tomorrow with Khaali Peeli. It stars Ishaan Khatter and Ananya Panday and marks the debut of Tiger Zinda Hai and Sultan director Ali Abbas Zafar as producer. The film looks like a nice masala entertainer and would have made for a great watch in theatres. Ali Abbas Zafar and co-producers Zee Studios tried their best to hold the film till theatres open. But this is not a big-budget film and with rising costs due to postponement, the makers had to take the tough call. Also, both the leads in the film are star kids and there’s a lot of negativity surrounding them. Hence, they felt it’s fair to release the film online.

Khaali Peeli releases on Zee’s new Zee Plex platform and to access the film, one has to pay Rs. 299. This pricing has got thumbs down from almost everyone. Trade experts and viewers feel it’s too much to pay for a single film online especially when they get to see so many other films by paying one lump sum amount on other streaming giants. Moreover, the pricing would have made sense if it was a biggie like Akshay Kumar-starrer Laxmmi Bomb or Varun Dhawan-starrer Coolie No 1 or Ajay Devgn-starrer Bhuj: The Pride Of India. These films have lot of hype and viewers possibly would have not minded paying Rs. 299 or even Rs. 399 for it. But for Khaali Peeli, that’s too much to ask for. The awareness about the film is there but there’s no credible excitement. Also, the manner in which the song ‘Beyonce Sharma Jayegi’ was changed to ‘Duniya Sharma Jayegi’ after the track was accused of racism gave bad publicity to the film. Industry insiders feel the film will soon make it to piracy websites and that’s where people will watch the film. Meanwhile, Khaali Peeli will also release in drive-in cinemas in Bengaluru and Gurugram and the price for it is Rs. 999 per car, again an exorbitant price for the film.

The small hope is that this experiment might prove to be successful. It’s the first time something like this is attempted and hence, no one knows for sure how it’ll pan out. But knowing how price-sensitive Indian market is, one can guess that this move might possibly backfire.