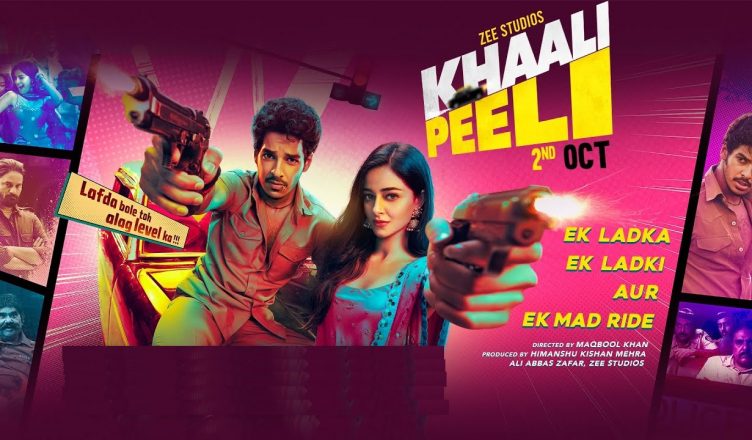 Almost all the OTT releases since the beginning of lockdown have been niche fares, barring maybe Lootcase and Gunjan Saxena. Khaali Peeli proves to be an exception as it’s a true blue masala entertainer. In fact, it’s a pleasure to see something of this sort after ages! There’s also a tribute to the 70s, 80s, and 90s commercial fares and that is seen in dialogues and also the scene where the kid-runs-and-suddenly-grows-into-an-adult entry sequence. The first half is damn entertaining and no complaints here. It’s in the second half where the film falters as it gets repetitive. Also, it rests on a waferthin plot and after a point, the makers run out of ideas it seems. The finale is shot well but is predictable. Talking of performances, Ishaan Khatter is excellent. I had apprehensions whether he’ll be able to pull off a role that requires him to play to the gallery. But he comes out with flying colours. Ananya Panday looks stunning and delivers a very entertaining performance. Her screen presence is electrifying. Jaideep Ahlawat is decent; we have seen him in better roles before. Satish Kaushik’s track is kind of forced but he’s too funny. Swanand Kirkire, Suyash Tilak, Zakir Hussain, Annup Sonii and Vaisshalee Thakkar are decent. Special mention should go to Vedant Desai (young Blackie) and Deshna Duggad (young Pooja) – they are quite confident. Songs are bad and that also is a minus point. But all in all, Khaali Peeli still deserves a watch for its style, execution, performances and commercial vibe!