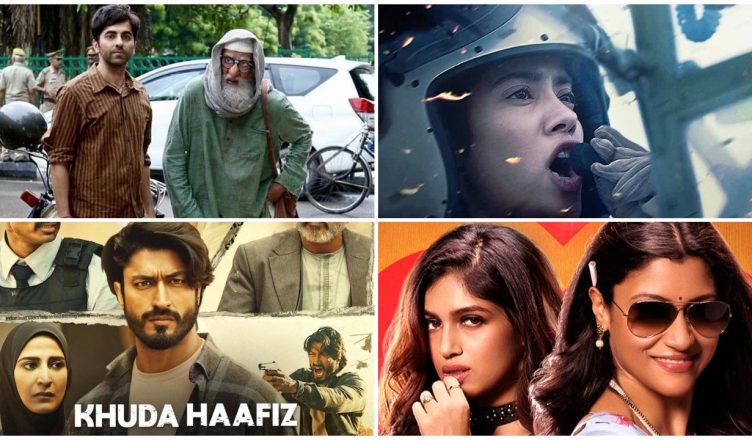 HOW FILMS DISAPPEAR FROM PUBLIC MEMORY IN NO TIME THANKS TO OTT!

When films release in cinemas, the entire promotional exercise and even the situation naturally used to be such that those films would get talked about for a couple of weeks at least post its arrival in cinemas. Pre-release, the buzz would be maximum thanks to elaborate publicity strategy. Even if promotion was minimal, there used to be a discussion about the films on social media and even offline. Once the film would release, the promotions from the part of the producer used to reduce. But the reviews, daily box office reports etc used to keep the film in news or at least in discussion among netizens.

Today, with theatres shut and many films releasing directly on streaming platforms, the scenario has altered drastically. The films make minimal noise when the trailer is out. The promotions are limited because the producers don’t feel the need as they have already got the money from the OTT giant. This was not the case earlier when the makers went with the belief the more you promote, the more the chances of film catching the attention of the viewers and the more the chances of it becoming a box office success. And once the film releases on OTT, there’s a bit of noise surrounding it because of the reviews and moviegoers sharing their views. However, in 3 or 4 days, the movie gets forgotten, as if it’s wiped off from public memory!

The first major release on OTT was Gulabo Sitabo, starring Ayushmann Khurrana and Amitabh Bachchan. It was released on Friday June 12 and it hardly made waves on day 1 and day 2. On day 3, it was totally forgotten as the same day, Sushant Singh Rajput passed away and it dominated the headlines (and still continues to do so). Hence, a benefit of doubt was given to it. But the same happened with the other films as well. On July 31, 3 films released on different platforms – Shakuntala Devi, Lootcase and Raat Akeli Hai. All three were acclaimed but got discussed just for 48 or at best 72 hours.

August 12 saw the release of Gunjan Saxena – The Kargil Girl, starring Janhvi Kapoor. It is the story of India’s first woman combat pilot and it got into controversy because of the portrayal of Indian Air Force. This is the only film that was discussed for more than 3 days and that too due to these issues. Again, a week later, it faded into oblivion. Same with Sadak 2. It was in the news as its trailer got the most number of dislikes on YouTube. The film was widely panned and usually such films do stay relevant for being trashy. Sadak 2 proved to be an exception.

In case of films which don’t face a controversy, the condition is horrible. Khuda Haafiz, an actioner starring Vidyut Jammwal, got praise from critics. But it just didn’t make any sort of noise. It may have got viewership but it’s sad such a nice film was ignored on social media. If it had been released in cinemas, this wouldn’t have been the case. A similar example is of Dolly Kitty Aur Woh Chamakte Sitare. It stars Konkona Sen Sharma and Bhumi Pednekar and is directed by Alankrita Srivastava of Lipstick Under My Burkha fame. This flick raises some important issues of patriarchy, feminism, a woman trapped in unsatisfied marriage, cross dressing etc. There’s no doubt it would have stirred a huge discussion if it was a theatrical release, notwithstanding its box office fate. But it was released online and didn’t really have the traction it deserved. It’s not even uncommon to see many moviegoers not even being aware that Dolly Kitty Aur Woh Chamakte Sitare and Khuda Haafiz have even been released.

The upcoming few months will see the release of big films online like Laxmmi Bomb, Coolie No 1 and Bhuj – The Pride Of India, starring biggest of names in the star cast. It remains to be seen if these films also get royally ignored or do they manage to be talked about for at least a week after it’s digital release.