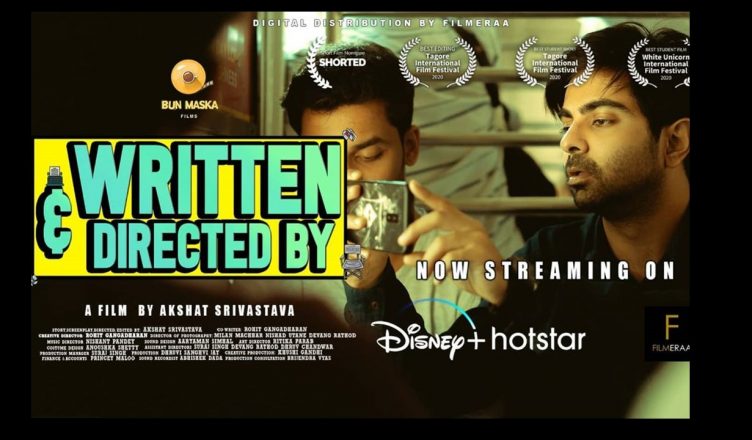 ‘Written & Directed By’ is a short film directed by actor Atul Srivastava’s son Akshat Srivastava and has released today on Disney+ Hotstar. It tells the story of an aspiring filmmaker, who has never written anything before in life. He has a week to submit a script in a competition where the winner would get a chance to intern with his favourite director, Rajkumar Hirani. The film is 43 minutes long and keeps one engaged. Some scenes are really funny and the twist in the end works. On the flipside, the dialogues could have been better and a few situations in the middle seem repetitive. However, Akshat Srivastava’s direction is first-rate and it’s clear that he knows the techniques. Talking of performances, Akashdeep Arora (who has appeared in several FilterCopy videos and who also played Ishaan in Uri) is too good and suits the part. Ashutosh Gupta and Arnav Bhasin are decent as his friends. Atul Srivastava and Brijendra Kala are natural. Manoj Pahwa is over the top and his track is a bit gross. Elisha Mayor is confident while Narottam Bain and Alan Khan do well. Nishant Pandey‘s music gives a nice touch to the film. All in all, ‘Written & Directed By’ is a decent attempt by a passionate and aspiring team!