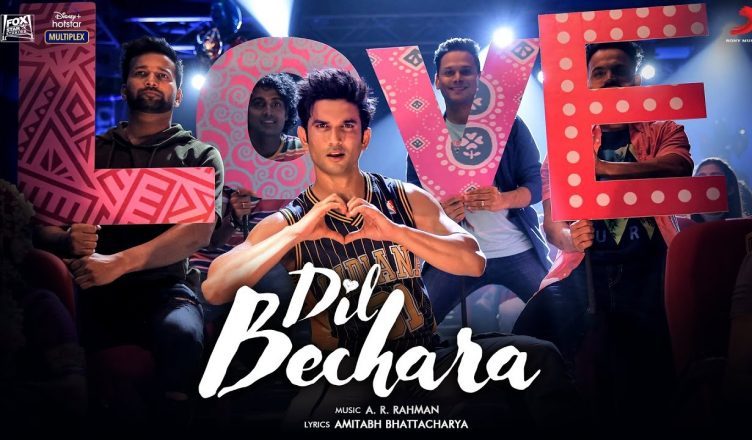 WILL DIL BECHARA MANAGE TO BREAK ALL OTT RECORDS?

The demise of Sushant Singh Rajput occurred around 40 days back. Yet, it has been constantly in the news, unfortunately more so for the wrong reasons. It has reignited the nepotism debate like never before and the way baseless allegations have been put up on many movie stars is astonishing. However, on a positive side, the interest in this case has led to considerable hype for Dil Bechara, which releases tomorrow on Disney+ Hotstar. It’ll be Sushant’s last film. In a heartening move, the OTT giant has decided to make this film available to subscribers as well as non-subscribers. In other words, it’ll be available for viewing for free for one and all.

Dil Bechara was launched way back in October 2017. The film was then untitled and fans only knew that Sushant has been signed for a film which would be directed by casting director Mukesh Chhabra. And also, it was revealed that it’ll be a remake of the Hollywood 2014 tearjerker The Fault In Our Stars. In March 2018, the makers announced that they have signed Sanjana Sanghi as the leading heroine. The film went on floors in July 2018 in Jamshedpur and was then titled Kizie Aur Manny. The shooting halted in October 2018 when Mukesh Chhabra was named in the #MeToo movement. But when no proof was found, he was reinstated back as director by it’s producers, Fox Star Studios. The film, meanwhile, was renamed Dil Bechara, and it’s final schedule probably happened in Paris. Here, it was Saif Ali Khan who joined the unit.

Dil Bechara was to originally release on November 29, 2019 but was pushed to May 8, 2020. It raised eyebrows since the film was ready since a long time. Also, reports came in that the makers are trying to sell this film to an OTT platform since it’s too niche or not-well made. Hence, its box office prospects were bleak as per reports. And when the Coronavirus-induced lockdown came into force on March 25, 2020, Fox decided to not release it in cinemas and instead stream it on Disney+ Hotstar. And when Sushant Singh Rajput passed away, they decided to stream it for free.

The trailer of the film was released on July 6 and got a brilliant response. It emerged as the most liked video on YouTube in 24 hours, surpassing the record held by Avengers. However, it didn’t took much time to realize that most people are doing so because Sushant is no more. A few people pointed out that if Sushant was alive, these same people would have panned the trailer and called it a poor copy of The Fault In Our Stars. And the same can be expected from the film once it releases tomorrow. It’ll get praise from all quarters and those who would express their displeasure over the film would be attacked. Hence, it might be difficult to gauge genuine reactions of people.

However, with immense curiosity surrounding the film, it might end up getting record views. And since it’s available for free, non-subscribers would prefer watching it on the Disney+ Hotstar platform itself, and not on torrent or any other way. Hence, if all goes well, Dil Bechara might end up breaking all OTT records, at least for Indian movies!