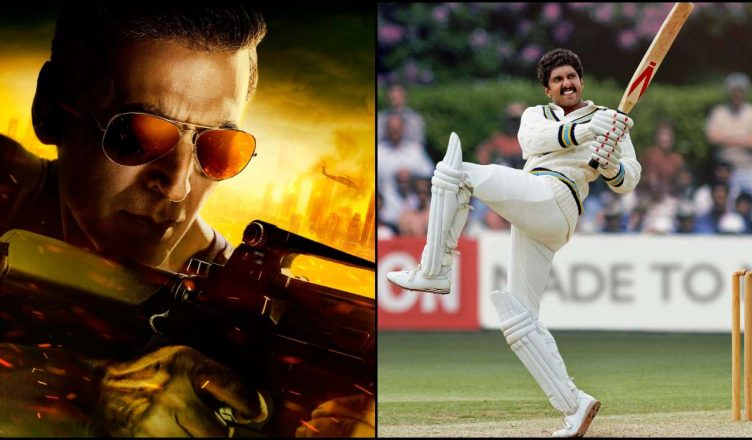 WILL SOORYAVANSHI AND ‘83 MANAGE TO RELEASE ON DIWALI AND CHRISTMAS?

The Coronavirus-induced lockdown led to postponement of almost all big films across the world and Hindi film industry was no exception. However, while new release dates of most Hollywood films were announced immediately, Bollywood didn’t do that. But finally, with the country in unlock phase and many markets gradually opening up outside, Bollywood has decided to take the plunge.

Last week, Reliance Entertainment announced that two of it’s most awaited films, Sooryavanshi and ‘83, will be releasing in 2020 end. While Sooryavanshi will be releasing on Diwali, ‘83 will arrive during Christmas. Both are big-ticket films and are expected to work big time. Sooryavashi stars Akshay Kumar and Katrina Kaif and is a bit of Rohit Shetty’s much loved cop universe. The trailer was unveiled in first week of March 2 at a time when it was to release on March 24. It was met with a great response. What’s more, Akshay’s character of Sooryavanshi is also joined by Singham (Ajay Devgn) and Simmba (Ranveer Singh) and their chemistry, visible in the trailer, had added to the hype.

‘83, meanwhile, is based on Indian cricket team’s unbelievable victory at the 1983 World Cup against the invincible West Indies team. It stars Ranveer Singh as Kapil Dev and also features Deepika Padukone, Tahir Raj Bhasin, Boman Irani, Pankaj Tripathi, Ammy Virk and others. Directed by Kabir Khan, it was to release on April 10. It’s trailer isn’t out but there’s lot of buzz for the film and it’s sure to translate into healthy box office numbers.

Of course, a section of industry and moviegoers are apprehensive. The number of Coronavirus cases in India are all set to cross the 8-lakh-mark in the next 2 days and currently, on an average, 20,000 cases are being added daily. No one knows whether we’ll see a considerable decline of cases by Diwali. Also, theatres in the country haven’t resumed operations and no one knows if it’ll be allowed to restart anytime soon. Even if cinema halls are allowed to operate, how many people would actually come is a question.

However, there are also many who are optimistic. The Hollywood biggie Tenet, directed by Christopher Nolan, will release on August 12. If this film works and manage to pull audiences in India and elsewhere, it’ll give an indication that viewers are indeed comfortable to watch films in theatres. Also, many feel that moviegoers would be so bored sitting at home and watching films online that they would be desparate to come back to cinemas by the time Sooryavanshi and ‘83 release.

Only time will tell which scenario out of these come true.