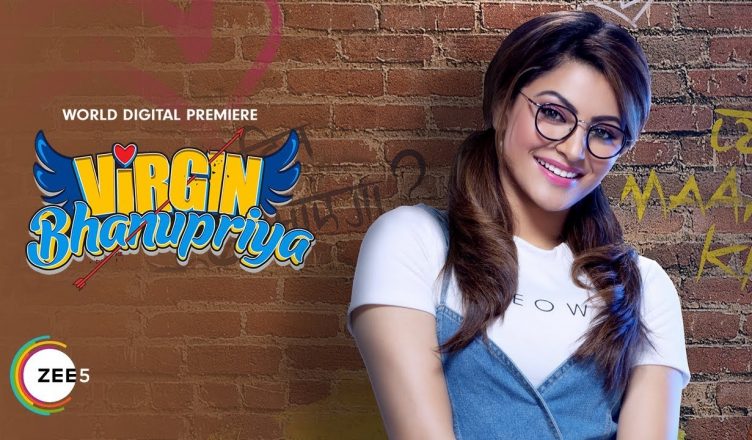 Virgin Bhanupriya is a Zee5 film on a young, conservative girl’s adventures as she tries to lose her virginity. The idea is superb and could have made for a laugh riot. Sadly, writer-director Ajay Lohan fails to make good use of the opportunity. There are barely any funny moments in the film. Yes, one can sit through its entire 1 hour 50 minutes duration but that simply is not enough to create impact. The finale, though unexpected, is not impressive and the last 10-15 minutes are quite haphazard. A few dialogues are funny but the attempt to add humour using the ‘Jai Shree Ram’ crutch becomes too much after a point. Performance of Urvashi Rautela is decent and saves the film. Rumona Molla also gives a fine performance but her character is not written well, especially towards the end. And one wonders what was the need to take a dig at Rakul Preet Singh by naming her Rukul Preet Singh. Rajiv Gupta, who has given some exemplary performances and is even famous for his ‘Dange karwayenge kya’ meme, hams like anything. It’s sad to see such a fine performer reduced to a caricature. Archana Puran Singh is no better. Gautam Gulati, Sumit Gulati, Brijendra Kala and Niki Walia are decent. All in all, Virgin Bhanupriya is a missed opportunity.