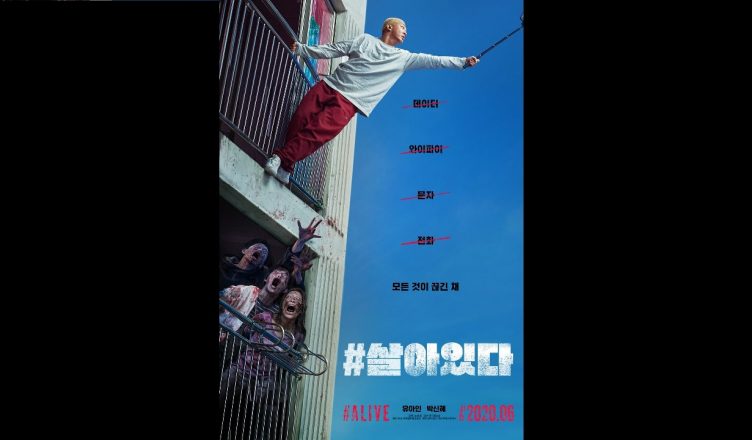 SOUTH KOREAN FILM ALIVE EMERGES AS A HIT; GIVES HOPE TO REST OF THE WORLD!

There has been no new release across the world since 3-4 months thanks to the Coronavirus induced lockdown. The Hollywood has been itching to get back to it’s feet and as reported last week, 4 films planned to release in the month of July – Unhinged on July 10, The Broken Hearts Gallery on July 17, Mulan on July 24 and Tenet on July 31. Unfortunately, due to the rising cases in USA, all these films were shifted ahead. As per the new schedule, Unhinged now arrives on July 31 followed by The Broken Hearts Gallery on August 7, Tenet on August 12 and Mulan on August 21.

However, there’s one place where the cases have dropped considerably and where many activities have resumed, including going to cinemas. This country is South Korea and it was a surprise to know that last week, on June 24, a film called Alive released in cinemas. It was very well received and surprisingly, managed to get 5 million footfalls in just five days! It has done a business of $5,475,383 (Rs. 4.13 crore approx) till now.

Many experts had predicted that moviegoers would not go to see a film till the time a vaccine is not found. Hence, it’s interesting and even heartening to see that despite the Coronavirus scare still looming large in the world, people have thronged to cinemas in Korea. Theatres in fact never got shut in South Korea ever! What also helps is that the country got very less Coronavirus cases. As of Wednesday July 1, it had just 12,850 cases and mere 282 deaths. On an average, it gets only 40-50 cases a day. The other major markets of the world like USA, UK, India etc still suffer from a large number of new cases daily. China is another major market but it hasn’t given go-ahead for theatres to resume operations.

On the other hand, there have been several other countries that have opened up cinemas like Japan (was also kept open like South Korea, but theatres had shut down for 2-3 weeks in April), Vietnam, Hong Kong, Thailand, Australia, New Zealand, UAE, Netherlands, Denmark, Switzerland, Sweden, Norway, Finland, Iceland, Czech Republic, Croatia, Slovakia, Estonia, Hungary, Italy, Spain, Germany and Poland. In most of these regions, social distancing is heavily enforced and hence, a limited number of people are allowed per screen. And all of them are playing old films. Yet, it’s heartening to know that week by week, the footfalls are seeing a gradual increase. Hong Kong saw a 71% increase, Taiwan 35%, New Zealand 17%, Australia 17%, UAE 16% increase in footfalls as compared to last weekend. The box office income in these regions is meagre but it’s a good start. And once new films release in July end, it’s sure to earn more and also by then more markets would have opened.