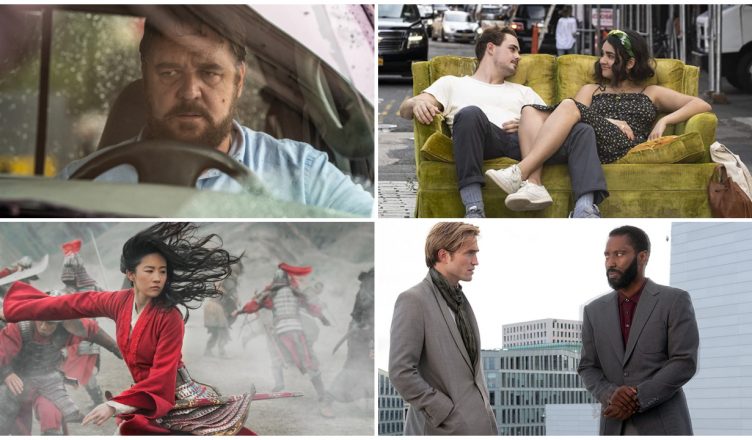 CINEMA SEASON IS BACK; FOUR HOLLYWOOD FILMS ALL SET TO RELEASE IN JULY!

A few weeks back, it was reported that a senior cabinet minister of the Union government of India had talks with exhibitors over reopening of cinemas. It’s been around 101 days that cinema halls have been shut and though there are indications that theatres will open in July, there’s still a bit of skepticism. On the other hand, in most parts of the world, the cinema halls are opening up gradually. In Bollywood, most producers have made it clear that they won’t release films anytime soon as they fear audiences would not come in hordes since the Coronavirus scare won’t subside anytime soon. Also, theatres will be required to keep 50% of their seats vacant. This would mean 50% loss of revenue. As a result, at the most, the smaller films might try their luck initially. But the big-ticket ones probably will take a lot of time to release.

However, Hollywood is taking the risk. Next month will see the release of 4 significant films, 2 of which are small while the other two are big-ticket films. Despite the rising cases in countries like USA and theatres requiring to restrict the number of patrons in each show, the producers of these films are taking a chance.

The first ever film that shall release is Unhinged, starring Russell Crowe and Caren Pistorius. It is a story about a single mother who is stalked and tormented by a stranger following a road rage confrontation at a red light. Unhinged releases in USA, Canada etc on July 10 while in UK, it releases on July 17.

This will be followed by the release of the romcom, The Broken Hearts Gallery, on July 17. It stars Indian-Australian actress Geraldine Viswanathan and Dacre Montgomery and is a story of a young woman who, after a break-up, decides to start a gallery where people can leave trinkets from past relationships. The film’s genre and poster makes it ideal for a Netflix release. Yet, that the makers are releasing it in cinemas in such a situation means a lot! The poster of the film also prominently mentions ‘Only in movie theatres’…July 17’! Interestingly, pop star Selena Gomez is its executive producer.

Mulan is a Disney film and also a live-action remake of their 1998 animated film of the same name. It was to release on March 27 but got delayed due to the pandemic. It now releases on July 24, as per an announcement made by Disney in April. There have been no new updates from them since but as of now, it is believed that it’ll make it on the said date.

And finally, Warner Bros will unveil the much awaited Tenet, directed by master director Christopher Nolan. The film was to release on July 17 and have got pushed by just by two weeks. While other big-ticket films were postponed to 2020-end or 2021, the world was amazed how Nolan and the team stuck to their guns. There’s also a strong possibility that Tenet will have a wide release in India. In fact, theatres might resume with Tenet’s release here.