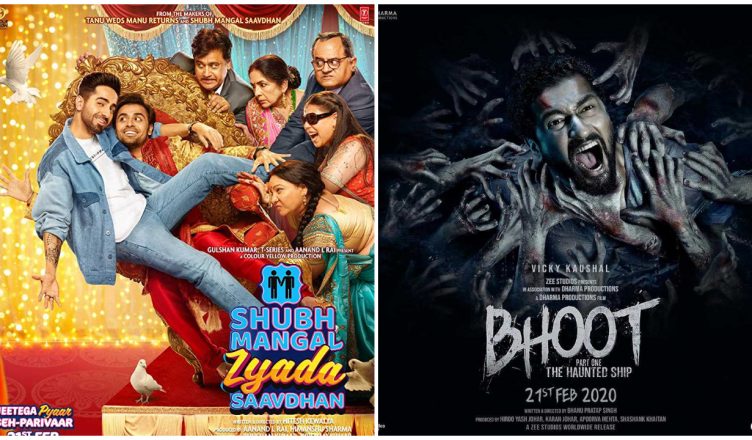 After the two big clashes of January (Tanhaji: The Unsung Warrior vs Chhapaak and Street Dancer vs Panga), it’s not time for the third big clash which will happen tomorrow. Both films have a lot going in their favour but also has some challenges. My analysis:

SHUBH MANGAL ZYADA SAAVDHAN: It is the second part of this franchise, known for light-hearted films on taboo subjects. The first part, Shubh Mangal Saavdhan, also starred Ayushmann Khurrana along with Bhumi Pednekar. Part 2 also sees Ayushmann in the lead but he’s paired opposite Jitendra Kumar. In other words, it’s a story of a gay couple and the opposition they face from their parents. Ayushmann is also joined by his brilliant Badhaai Ho co-stars Neena Gupta and Gajraj Rao. The other actors in the film are Manurishi Chadha, Maanvi Gagroo and Pankhuri Awasthy. Hitesh Kewalya, writer of Shubh Mangal Saavdhan, makes his directorial debut with this film. The trailer is interesting and has lot of fun moments. Moreover, Ayushmann Khurrana has earned a reputation and his mere presence can bring audiences to an extent. As a result, despite such a topic, at least some audiences will come to see the film.

On the flipside, the family audiences which gave acceptance to Ayushmann’s earlier films like Bala, Badhaai Ho etc will give it a miss. This might prove detrimental considering the competition. Also, if response is bad, then the film can really suffer. Shubh Mangal Saavdhan opened at Rs. 2.64 crore as it was a time when Ayushmann was not that popular. Shubh Mangal Zyada Saavdhan, however, will open at around Rs. 6.50-7.50 crore, which will be decent considering the situation. If word of mouth is positive, it can have a great run till Baaghi 3, which releases two weeks later.

BHOOT: PART ONE – THE HAUNTED SHIP: It is a rare horror film, produced by Karan Johar’s Dharma Productions. The film stars Vicky Kaushal and is loosely based on a real-life incident when a ship had got stranded at Juhu Beach. Bhoot: Part One – The Haunted Ship gives a horror spin to this idea. It is the next film of Vicky Kaushal after his monstrous success Uri. The trailer is interesting but it looks like niche. Songs haven’t worked at all and the film looks like more or less a songless affair. In terms of opening, it seems safe. The youth love going for horror films in hordes and this one doesn’t look tacky. Also, Vicky has now achieved immense popularity. The niche factor and competition from Shubh Mangal Zyada Saavdhan will play spoilsport. Still, it is set for an opening of around Rs. 5-6 crore. The costs reportedly are limited and if reports are positive, it can achieve commercial success.