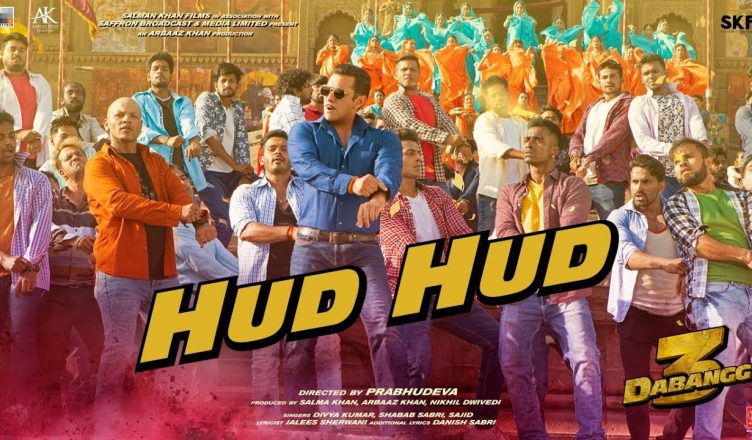 WILL DABANGG 3 EMERGE AS A BLOCKBUSTER?

The Christmas week is here and everyone is waiting with bated breath to see how Dabangg 3, that releases tomorrow, performs at the box office. The expectations are tremendous after all!

Dabangg 3 is the third part of the Dabangg franchise. The first part didn’t make any noise while it was being made but became one of the hottest films ever once it’s kickass and slick trailer came out. Salman Khan seemed in amazing form and he did total justice to his role of Inspector Chulbul Pandey. The film also introduced Sonakshi Sinha who was appreciated in her role as Rajjo. Songs were another highlight, with Munni Badnaam Hui was a smashing chartbuster. It released on Eid in 2010 and had the biggest opening day (Rs. 14.55 crore) and biggest weekend (Rs. 48.94 crore). In its lifetime, it earned Rs. 141.24 crore and was 2010’s biggest grosser.

Dabangg 2 released around 2 ½ years later, during Christmas 2012. Just like the first part, it was a blockbuster. But it earned Rs. 149.52 crore. That’s a huge figure by 2012 standards but when compared to Dabangg’s collections, the growth was very less. It showed that people liked the film but didn’t feel it went past part 1. And now 7 years later, trade and fans hope that Dabangg 3 would go past the Rs. 200 crore mark to be called as a respectable hit. And it’s very much possible, going by the trailer. Along with Salman Khan and Sonakshi Sinha, it features Mahesh Manjrekar’s daughter Saiee with Sudeep playing the villain. Interestingly, the film has two tracks – one set in present day and the other touches upon the events that happened before the first part. So it focuses on how Chulbul Pandey became the person that he is and his then love interest. This bit can make for an interesting watch, if handled well.

Dabangg was directed by newcomer Abhinav Kashyap while part 2 was helmed by Arbaaz Khan, also the film’s producer and supporting actor. For Dabangg 3, they have got on board Prabhudheva. He’s ideal to helm such kind of a massy flick and from the promos, it is sure that he’s done justice, treatment wise.

The film also faces some challenges, however. A hit soundtrack is an indispensible part of any Dabangg film. But in case of Dabangg 3, the songs haven’t worked well. Even the item song ‘Munna Badnaam Hua’ featuring Warina Hussain isn’t memorable. A section of viewers, moreover, are apprehensive of the film’s content. They feel that Salman has done many such films before and if Dabangg 3 is also in the same lines, then it could suffer in the long run. Dabangg 2 also underperformed for the same reason – it seemed too similar to first part in terms of trajectory and narrative. Thankfully, the flashback part of part 3 will give the film the much required emotional touch. And that, along with action and Salman’s charisma, will work wonders!

Dabangg 3 releases in festive week but Friday is non-Holiday. Hence, day 1 won’t be record-opening but it’s expected to open around Rs. 30-32 crore and might go even higher. If response is positive, then a Rs. 100 crore weekend is confirmed. Christmas is on Wednesday December 25 when the collections would again be high. In fact, collections will start increasing from Tuesday December 24 post 3-4 pm, as it usually happens on Christmas Eve. Hence, in the first week itself, it’ll cross the collection of Dabangg and Dabangg 2. If response is bad, the film will fall, though not heavily. It’ll collect till December 25 but will suffer a major crash on Thursday December 26. And then in second week, it will have little chance since another exciting week, Good Newwz, shall release in cinemas.

WOULD YOU LIKE TO SEE DABANGG 3 AND WHY? DO LET ME KNOW!