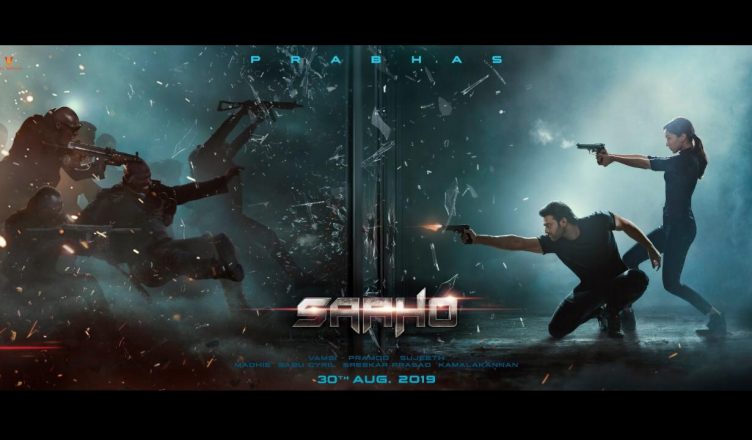 WILL SAAHO EMERGE AS A HUGE PAN-INDIA BLOCKBUSTER?

Sometimes, one film is enough to catapult an actor to stardom. Tiger Shroff was loved so much by the masses in his debut film Heropanti that when his next film Baaghi released, the craze was next-level! In case of Prabhas, the craze would be manifold. In the Hindi markets, he became a star to reckon with his powerful, massy role in Baahubali part 1 and 2. Hence, the excitement is palpable with his next film Saaho releasing tomorrow.

Not just due to Prabhas, Saaho is keenly awaited because it seems like a fantastic action flick mounted on a grand scale. This is evident from the trailers as the fight and chase scenes seem great and can be a treat to watch if executed well by director Sujeeth. Also, the makers have built a fictional Wazi city, where gangsters reside and operate, and this aspect can also be fun. Unlike Baahubali, Saaho has been simultaneously shot in Telugu as well as in Hindi. It is however dubbed in Tamil, Kannada and Malayalam. Hence Saaho is also a Bollywood film in real terms and not just a dubbed South movie. Besides Prabhas, it stars Shraddha Kapoor, Jackie Shroff, Neil Nitin Mukesh, Vennela Kishore, Chunky Panday, Murali Sharma, Evelyn Sharma, Mandira Bedi etc. Hence, these talented actors will hopefully also have a crucial part and add to the entertainment.

The film sadly has quite a few challenges in its path. Firstly, the budget is skyhigh at Rs. 350 crore and the makers and Prabhas themselves have admitted about the cost. To recover this astronomical figure will be an uphill task, despite the film releasing in so many versions. The songs haven’t worked as intended. Even the song ‘Bad Boy’ featuring Jacqueline Fernandez didn’t become popular. Prabhas fits the part very well but his Hindi dialogue delivery is a cause of worry as it doesn’t seem great in the promos at least. Moreover, the film’s post production took quite a lot of time, because of which the film was even postponed from August 15 to August 30. Even then the film couldn’t finish on time. It is said that in some overseas territories, it might not be able to make it on the first day. This shouldn’t be a problem if the film enjoys good word of mouth. But if it doesn’t, then it can prove detrimental.

The Hindi version of Saaho, nevertheless, is off to a great start of Rs. 20-22 crore due to Prabhas, massy feel and the larger-than-life canvas. From here, it can go anywhere and touch Rs. 200 or 225crore or maybe even more if all goes well. However, if audience reports are negative, it might struggle to even reach the Rs. 100 or 120 crore mark. The prices in cinemas have been increased but not much and this factor will help the film reach out to diverse set of audiences.

Last year, we saw two insanely-budgeted films like Thugs Of Hindostan and Zero fail big time. Here’s hoping Saaho doesn’t flop and it turns out to be a commercial success, so that more filmmakers are encouraged to make such ambitious flicks!

WOULD YOU LIKE TO WATCH SAAHO AND WHY? DO LET ME KNOW!