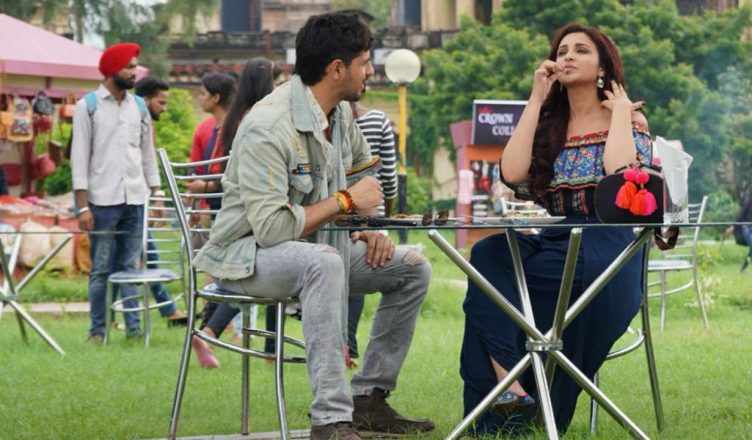 Usually, the Friday before a big festival or national holiday is an empty week. Meaning, no significant Hindi film releases on such a Friday and it’s usually dominated by B-grade or very small, insignificant flicks. But tomorrow, August 9, will be different. It’s a week before the big national holiday, Independence Day, which shall see the release of two exciting films – Batla House and Mission Mangal. Yet, a medium-sized flick, Jabariya Jodi, will try it’s luck.

Jabariya Jodi stars Sidharth Malhotra and Parineeti Chopra and is directed by debutant Prashant Singh. It is based on the real-life groom kidnappings in Bihar. But the film overall is fiction and is said in an entertaining manner. The trailer is interesting and both the actors look in fine form. The humour works well especially the scenes of Jaaved Jaaferi, Mohit Baghel, Sanjay Mishra and Aparshakti Khurana. The same can’t be said about the previous week’s releases like Arjun Patiala and Khandaani Shafakhana. And even the popularity of the actors is more, notwithstanding that they have given a string of flops as solo actors. But at least they are known.

Music has also worked but only till an extent. As aforementioned, the star power of Sidharth Malhotra and Parineeti Chopra is not as much today and hence, the buzz is very limited. The film was to earlier release on August 2 but got pushed less than a week before this scheduled release when the makers realize there’s not enough screen space. Khandaani Shafakhana and the Hollywood biggie Fast & Furious: Hobbs & Shaw were to release on August 2 and the earlier films like Super 30 and The Lion King were still going strong. As a result, Jabariya Jodi makers found it sensible to push the film by a week ahead. This has been a good move as Jabariya Jodi is now a solo release. On the flipside, it will now only have a six-day week as August 15 falls on Thursday this time.

The limited hype means the film will open in the range of Rs. 2.50-3 crore. Jabariya Jodi more or less looks like a family entertainer. As a result, not just youth but even families will flock to cinemas if word of mouth is positive. Since it seems like a massy film, the chances of it working are there in ‘B’ and ‘C’ centres. So if the reports are positive, it can have weekend collections of around Rs. 12-13 crore which will help the film sustain in the weekdays. But if reports are bad, it will crash and will have no chance once Batla House and Mission Mangal hit screens. Even if audiences give thumbs up to Jabariya Jodi, it’ll still have a tough run at the box office from August 15 onwards.

The other two Hindi releases of the week are Rajeev Khandelwal-starrer Pranaam and a courtroom drama, Chicken Curry Law. Both these films are bound to flop. Pranaam seems like a 90s gangster drama. Chicken Curry Law, meanwhile, looks like one of those sleazy flicks that tries to pass off as a social film.