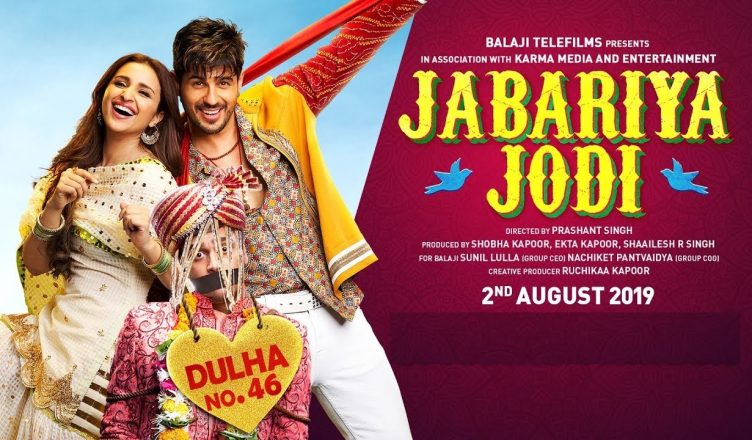 Jabariya Jodi is a fine, entertaining fare that delivers what was promised by the promos and songs. One of the first things that strike you is that Raaj Shaandilyaa‘s dialogues (with additional dialogues by Neeraj Singh) are very funny and witty and contribute big time in raising laughs, and even in hiding the film’s loose ends! The first half is breezy but the film drops a bit in the second half. Thankfully, the climax, though silly, works because of action and emotional quotient. Debutant director Prashant Singh handles the film well but could have done something about the in-your-face glitches and brand endorsements! Talking of performances, Sidharth Malhotra is not great but not bad either. He’s just fine. Physically, he suits the part and looks like someone not to be messed up with. But his performance could have been better in a few important scenes. Parineeti Chopra meanwhile does way better. The role is tailor-made for her and she makes good use of the opportunity. Aparshakti Khurana is too good as the dependable sidekick. Sanjay Mishra initially doesn’t seem funny but later tickles the funny bone of audiences. Neeraj Sood is sincere and one wishes he had a stronger part. Chandan Roy Sanyal and Mohit Baghel are too good. Jaaved Jaaferi is fair while Sheeba Chadha deserved a better and more screen time. Gopal Dutt is too funny. All in all, Jabariya Jodi is a nice one-time watch and if you having nothing to do in the weekend, catching this flick would be good idea!