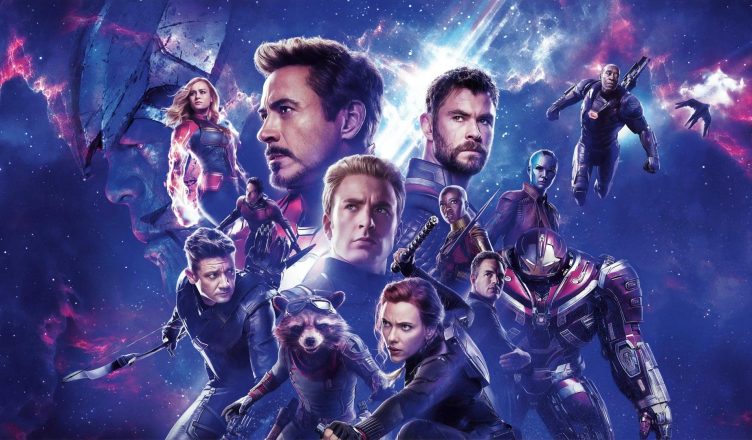 WILL AVENGERS: ENDGAME BE THE BIGGEST GROSSER OF THE YEAR IN INDIA?

Trade pundits and fans have often said in the past that a particular film’s advance is historic and unbelievable. But all these tall claims fell down and how when the bookings for Avengers: Endgame begun on Saturday evening. Everyone was left stunned as shows began to get sold out as soon as their bookings were thrown open offline and also online. There was frenzy and even frustration among moviegoers as booking websites crashed due to unexpected rush. Many just booked into any cinema hall available and not the theatre of their choice, including this writer! The rates were also skyhigh and most people didn’t mind. The power and craze of this series is indeed unparalleled!

Avengers: Endgame is the 22nd film in the Marvel Cinematic Universe and the fourth Avengers film. The third one, Avengers: Infinity War, released last year and did phenomenal business at the box office, collecting 228.47 crore. This was huge and even big Bollywood films don’t collect so much. What’s interesting is that the series consists of nearly 16 heroes including Iron Man, Captain America, Thor, Hulk, Spider-Man, Captain Marvel etc and each of them have their own fan following. Even the dubbed audiences are now aware of these superheroes and root for them. And only if the Hollywood does well in dubbed version is when it can do such great business. Also, Avengers: Infinity War ended on a shocking note wherein half of the superheroes vanished into thin air. Audiences hence are very excited to know how the super villain Thanos will be defeated. The duration of the film is 3 hours 2 minutes but again, it’s not a big deal for moviegoers as long as entertainment is guaranteed.

Ideally, with such kind of craze, Avengers: Endgame should be releasing in record number of screens. But it won’t as Disney and most Hollywood films release only in 2k and 4k screens. Meaning, only 2600 screens will be showing this film as of now. As a result, there are chances that it’ll cross Rs. 300 crore mark. But Rs. 350 crore or Rs. 400 crore might not happen in 2600 screens. The opening however will be historic and in the range of Rs. 43-45 crore. The first weekend will be in the excess of Rs. 100 crore. Monday April 29 is part holiday as 71 seats will go for polling. Even Wednesday May 1 is a holiday on account of Maharashtra Day and Labour Day. Hence, even on these 2 days, the collections will be high.

There are also discussions that if Avengers: Endgame does such blockbuster business, it might emerge as the biggest grosser of the year across all kind of films in India. It is crucial that the upcoming Bollywood biggies of the year like Bharat, Saaho and Brahmastra also emerge as super-duper hits and hopefully cross the collections of Avengers: Endgame!